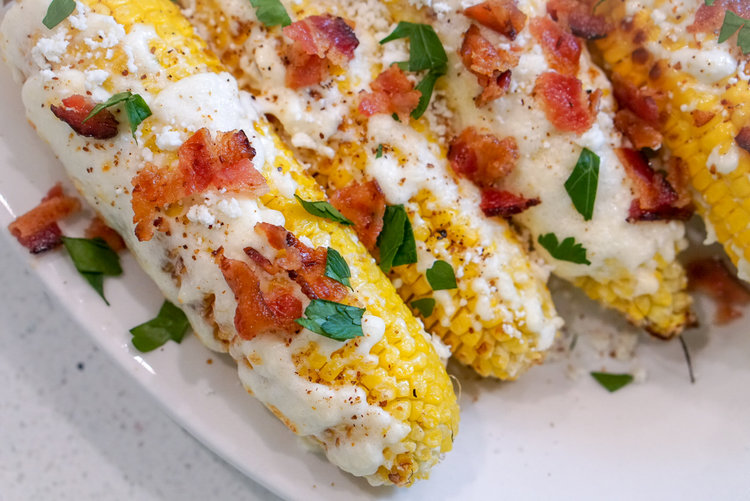 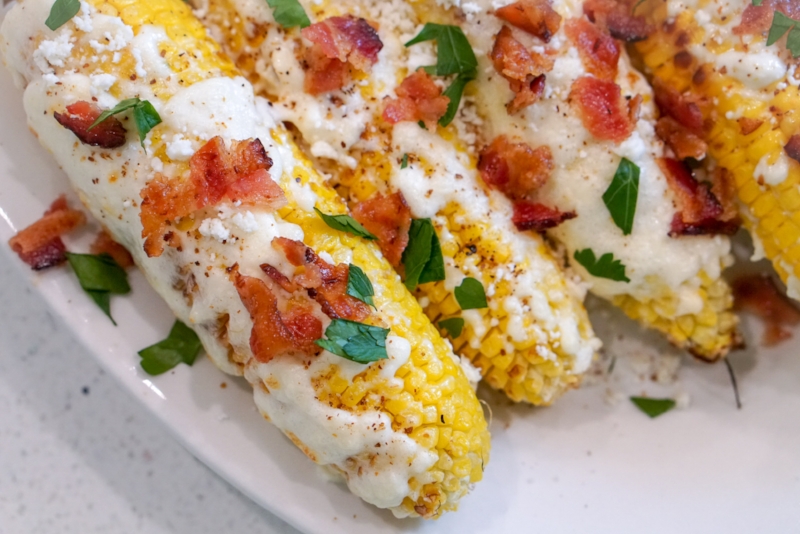 Both of us are Texas transplants, Karen originally lived in Minnesota and Gavin grew up in Southern California (and also lived in Arizona, China, and Australia!), and one thing that we LOVE about living in Austin is the traditional and inspired Hispanic food.

We will argue that Austin has some of the best tacos in the country, in fact, breakfast tacos are a mainstay staple in our diet. Many of the big box grocery stores even have tortillas made fresh in the store, typically from the loving hands of adorable grandmas.

A delicious dish that we eat more often now that we are living in Texas, are Elotes, also known as Mexican Street Corn.

The dish is relatively simple, but it packs in so much flavor! Nothing is better, especially when sweet corn on the cob is in season and it is fresh from the farm.

Our elote recipe is pretty traditional for the most part, but as bacon-fanatics, we obviously added bacon bits as a delicious garnish.

This Mexican street corn recipe is a great grill recipe to add to your routine, but it also can be made in the broiler of your oven if you are encountering a rainy day. 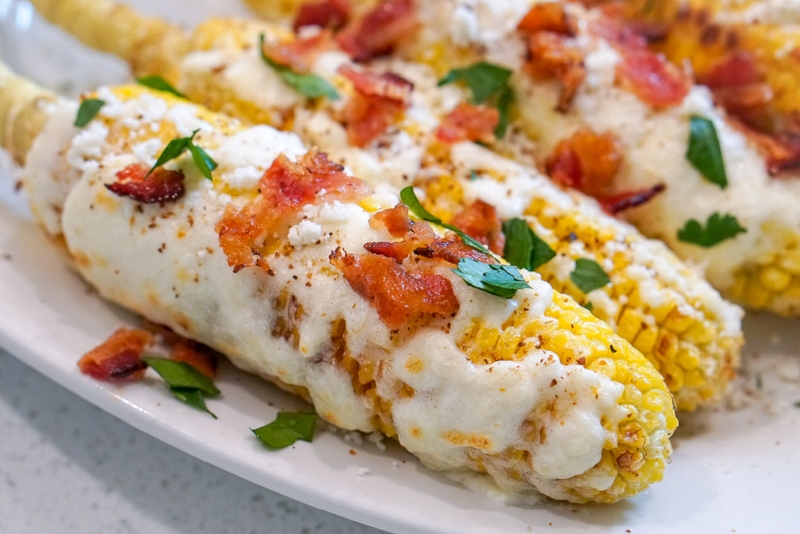 Start by frying 3 pieces of bacon. While the bacon is cooking, husk your corn on the cob, leaving the stem intact. This will make it easier to prep the elotes (and eat them!).

Grill or broil your corn for 10 minutes, until the corn softens and turns a more vibrant yellow.

Mix together the mayo, creama, lime juice, lime zest and cheese in a medium-sized bowl. Spread the mixture on the ears of corn.

Return to the grill or oven to broil for an additional 2 minutes. Top with your bacon that has been chopped to bits, more cojita cheese, cilantro and tajin seasoning.

Loving this recipe?! Please share or pin it! Tag us on social media when you whip up any of our recipes. 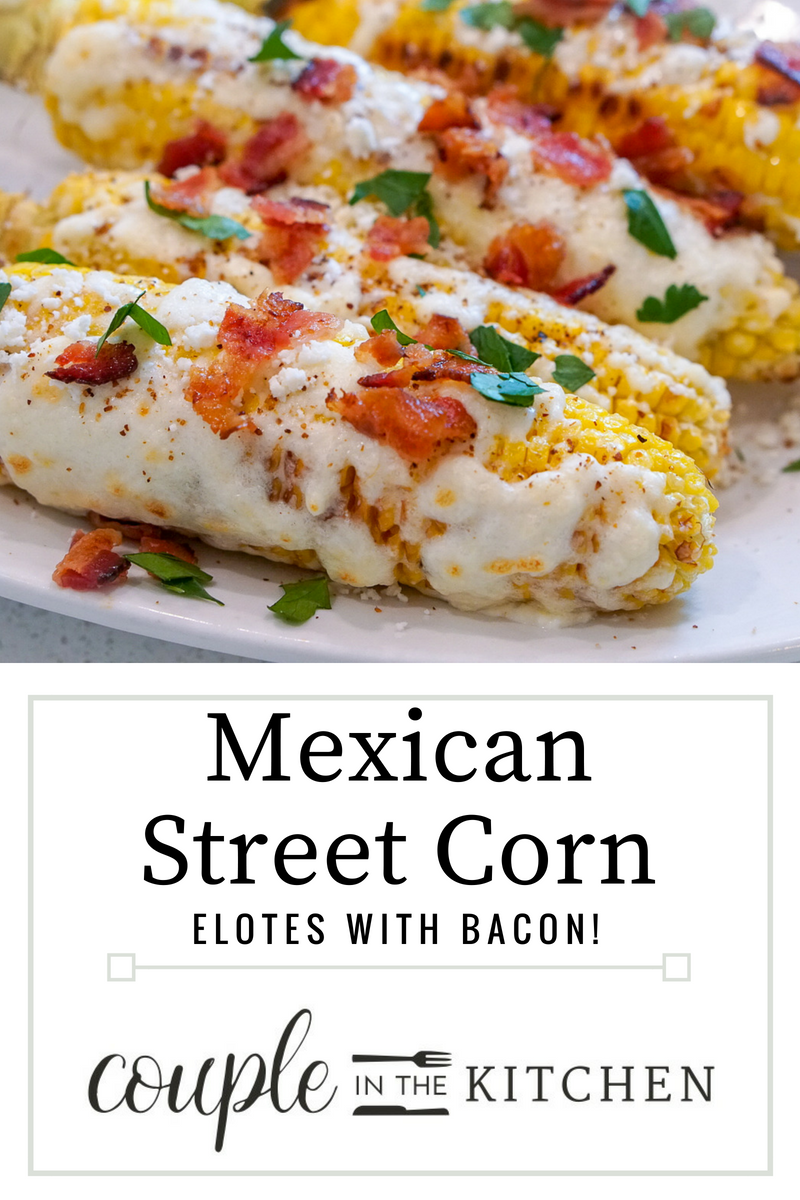 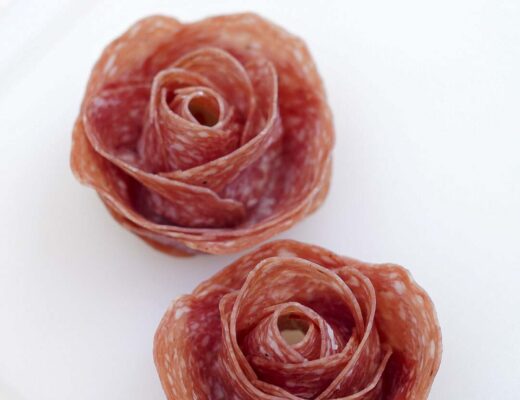 How to Make a Salami Rose 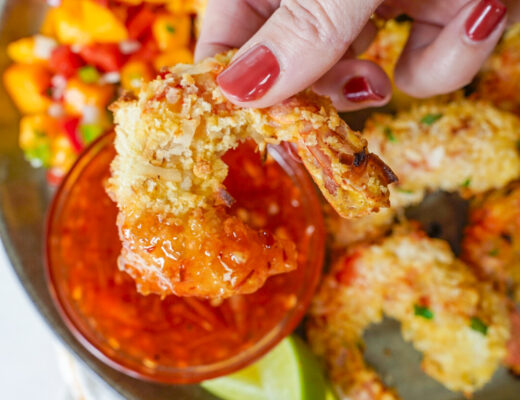 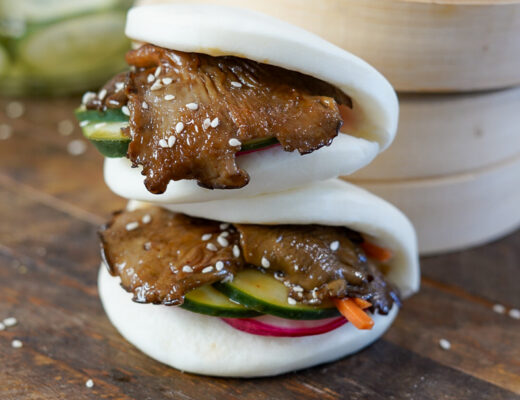