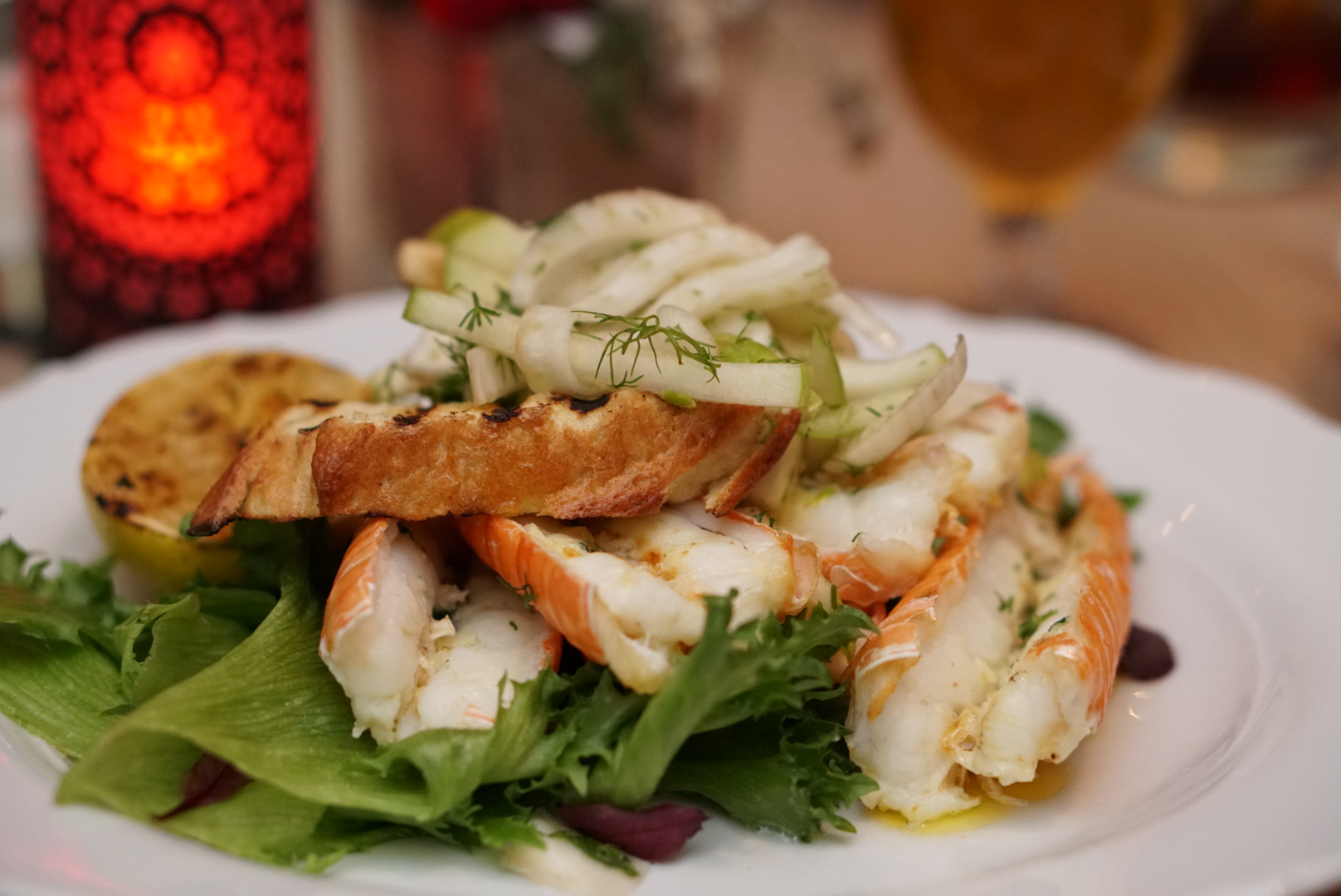 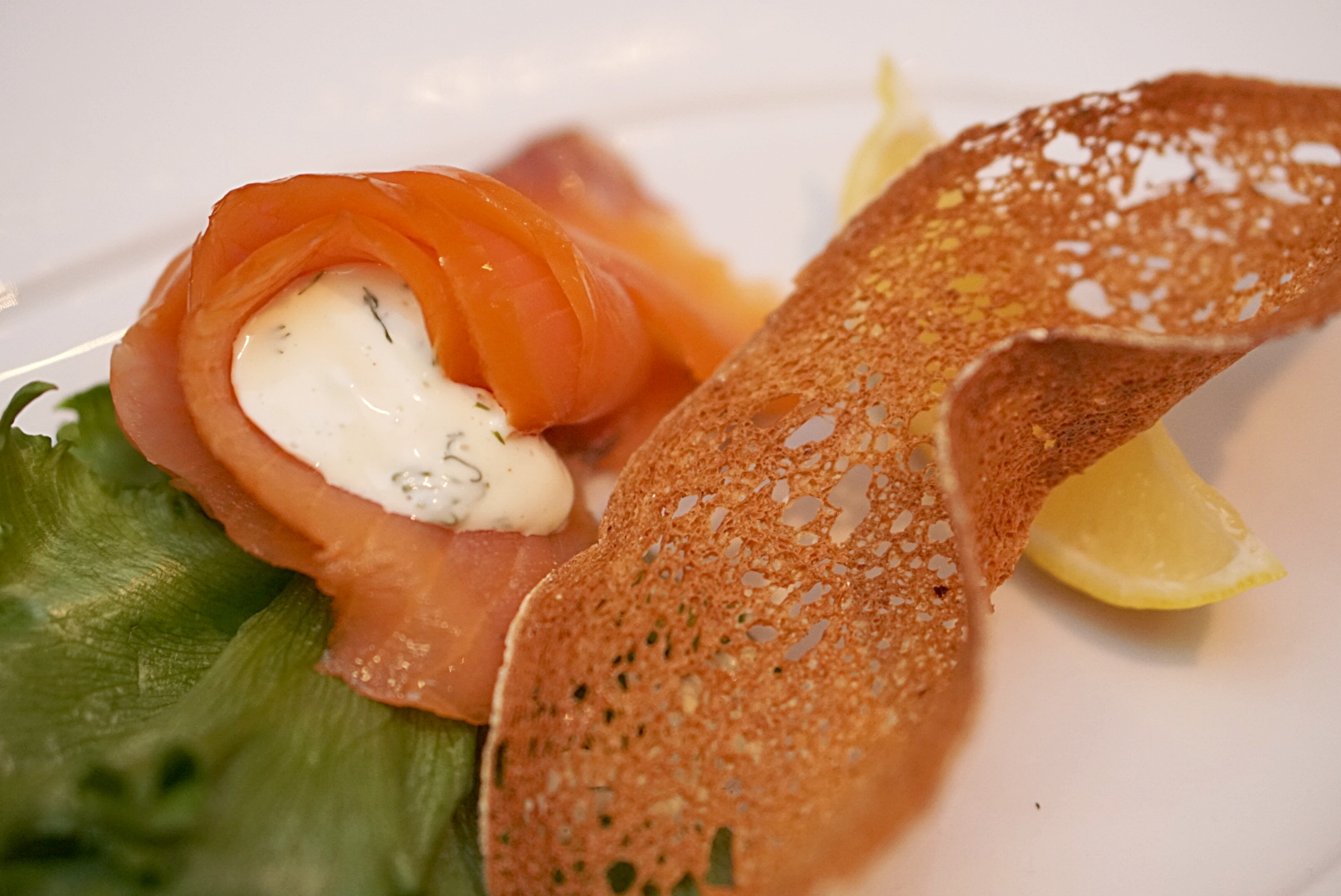 Salmon from Max’s restaurant at the Northern Light Inn

Greetings! We just returned from a magical trip to Iceland. In between dips at the Blue Lagoon and visits to waterfalls, we traveled through southeast Iceland tasting all the local and traditional Iceland food. Here is an overview of what we ate, ranked from best to worst.

This seafood is a cross between a plump prawn and a sweet lobster, but way more flavorful and tender. We ate langoustine every chance we had, from langoustine soup to langoustine bathed in butter to fried langoustine tacos.  It was potentially the best shellfish we’ve ever had in the world, and if you’re in Iceland and don’t order it you’ll seriously regret it. 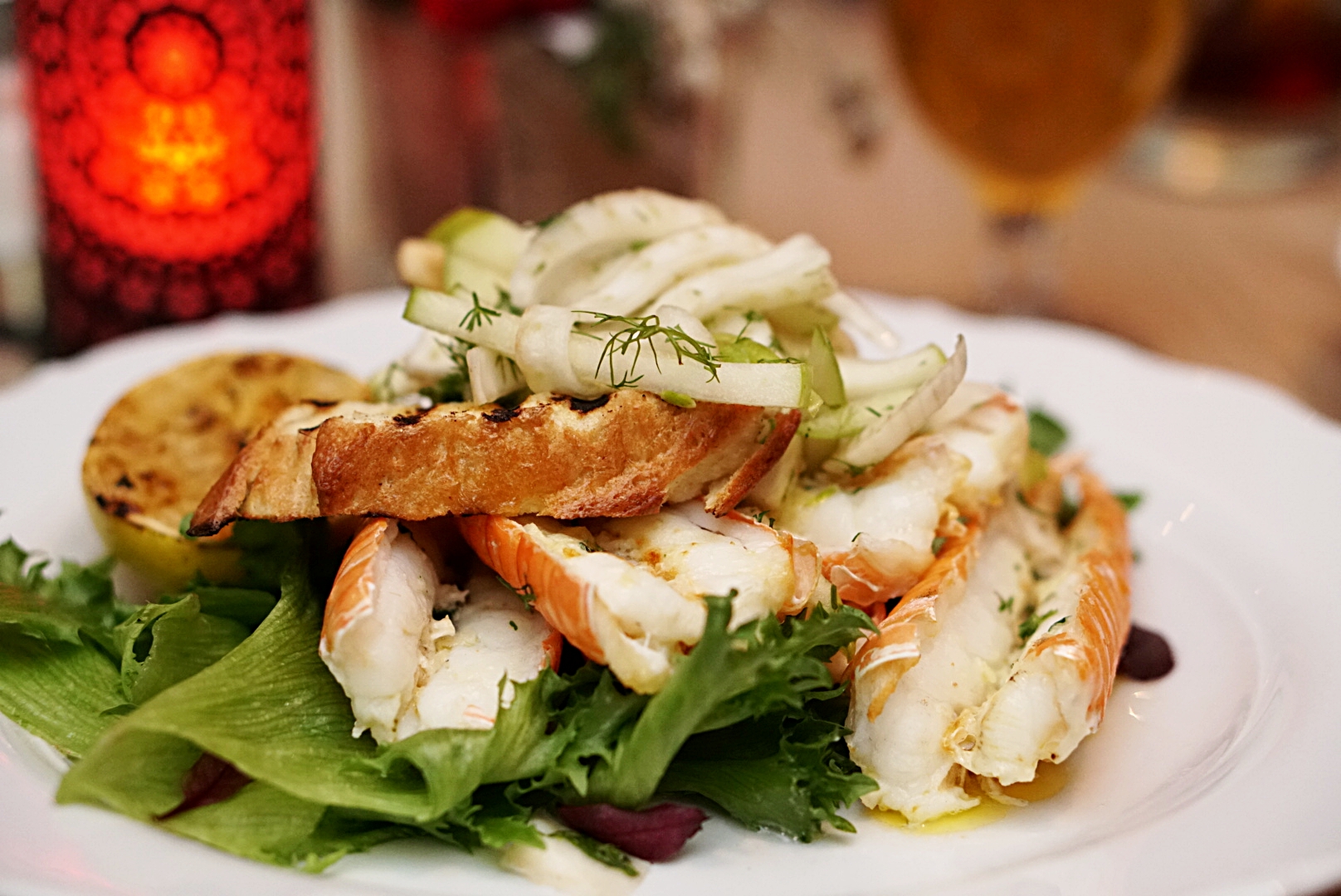 We’ve always been a fan of smoked salmon, but we can’t quite pinpoint what makes their smoked salmon so tasty compared to elsewhere. Maybe it’s the icy water where they fish or maybe it’s the fact they smoke the fish with birch, which is the only type of tree that grows naturally in Iceland. 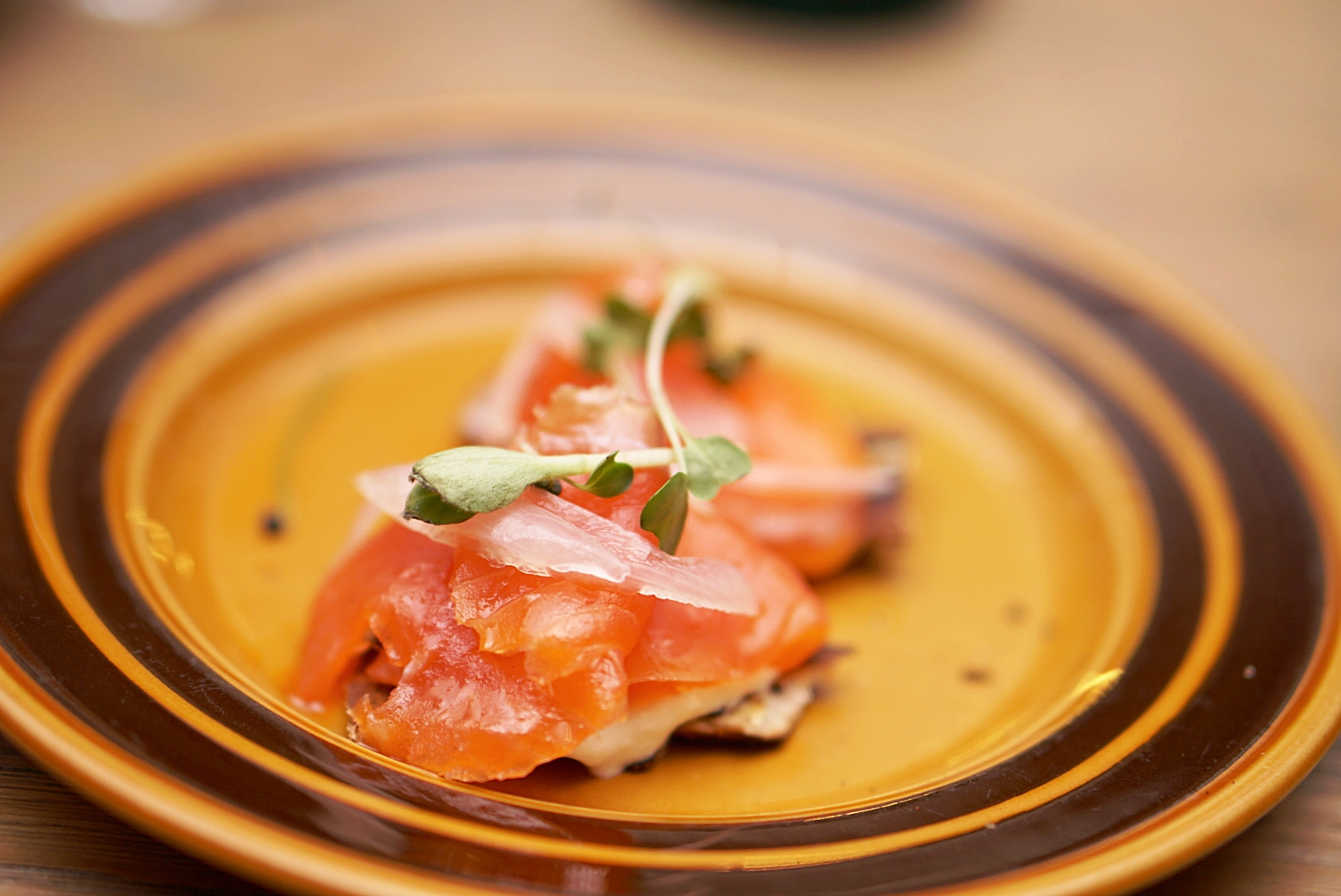 This unique and adorable bird is found only in certain parts of the world, Iceland being one of them. Puffins are harvested through “sky fishing”, where hunters use a tall net to catch them in the sky.  After trying the smoked puffin at 3Frakkar, we were both impressed by the flavorful, yet tender meat. 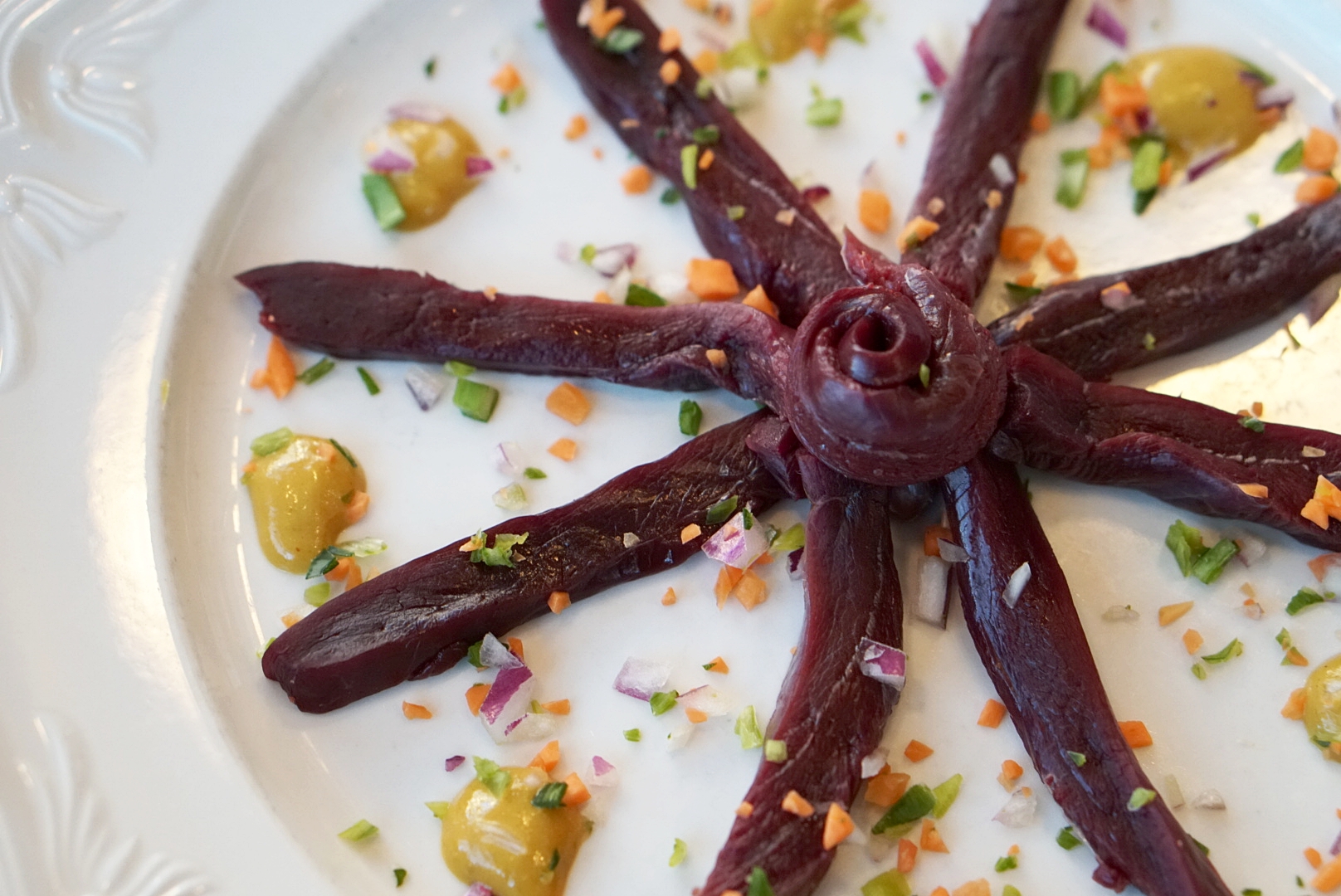 When we travel we always try the local delicacies since it’s both a food and cultural experience. Horse and whale are both parts of Icelandic cuisine where people in the US would likely frown upon. Iceland truly respects every animal it kills and uses all of the body parts. The chef shared that weak or injured horses are the source of the horse meat. With that being said, we felt more comfortable trying this meat and found that horse is AMAZING. It can be compared to the most tender beef filet mignon you’ve ever had.  We only were able to find it on two menus, but they were seriously our favorite plates at the two Reykjavik restaurants that served the traditional dish: Forrettabarinn and 3Frakkar. 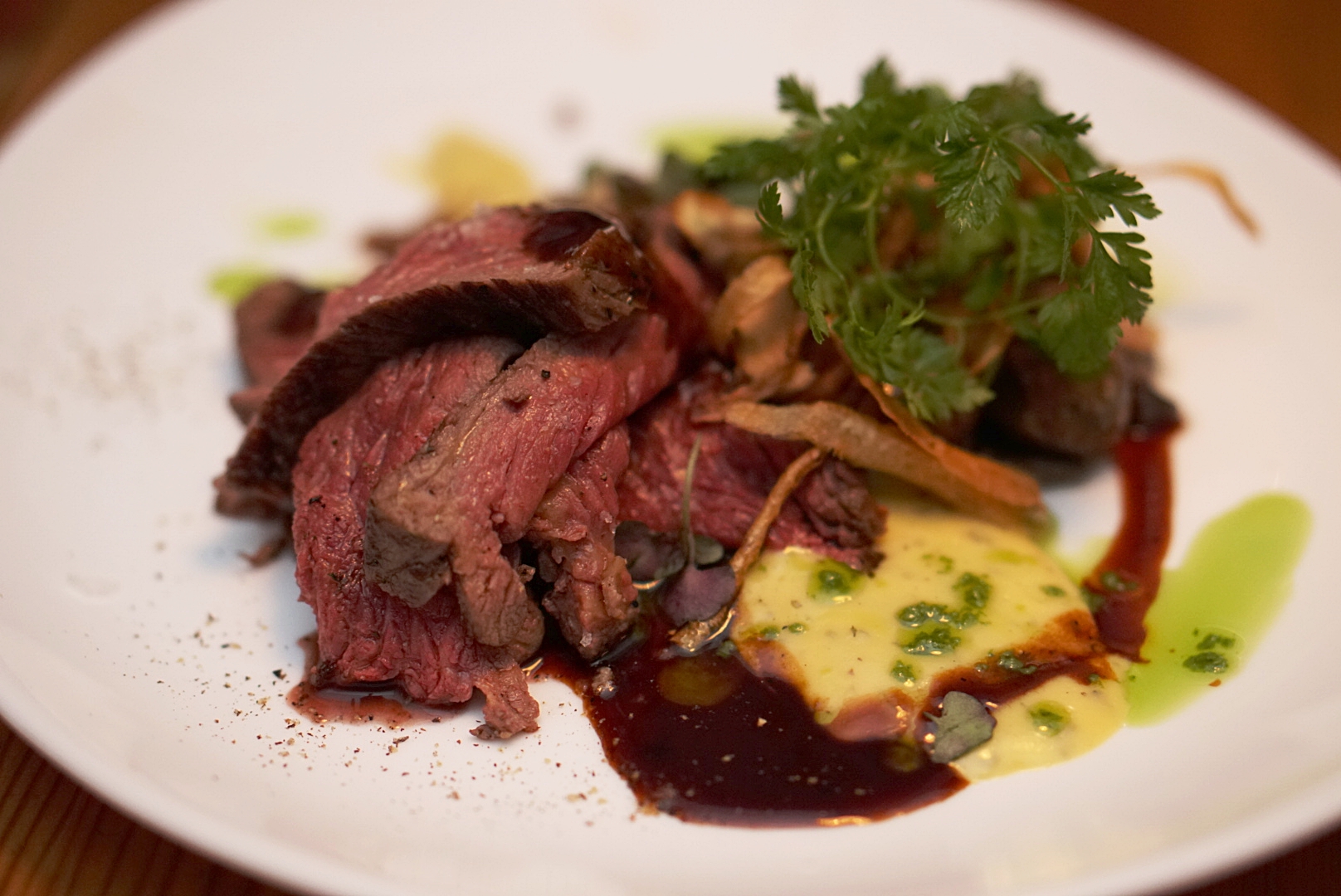 Cod is probably the most important food of Iceland because it is in demand all over Europe, and you’ll see it done from two to ten different ways on every Icelandic menu. Cod tongues actually refer to the meat in the face of the cod: cheeks, chin, etc. These are the most tender parts of the fish and are deep-fried and served with a dipping sauce. It was a winner in our books. 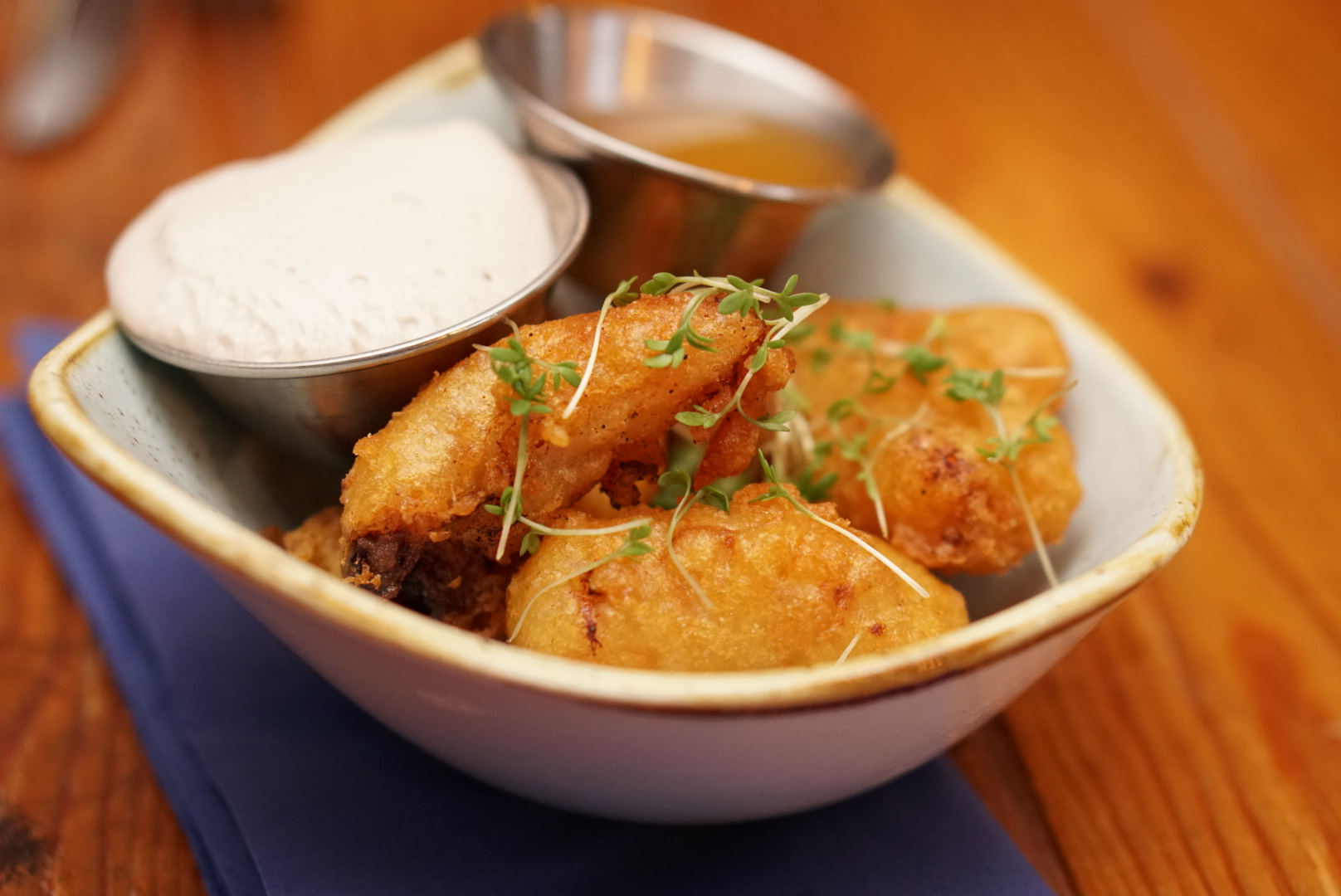 Iceland’s cross between Greek yogurt and cheese that can be found in every grocery store and used on a ton of menus. Skyr is usually highlighted on a restaurant’s dessert menu in the form of a cheesecake or parfait.  Skyr is extremely high in protein and is incredibly creamy. 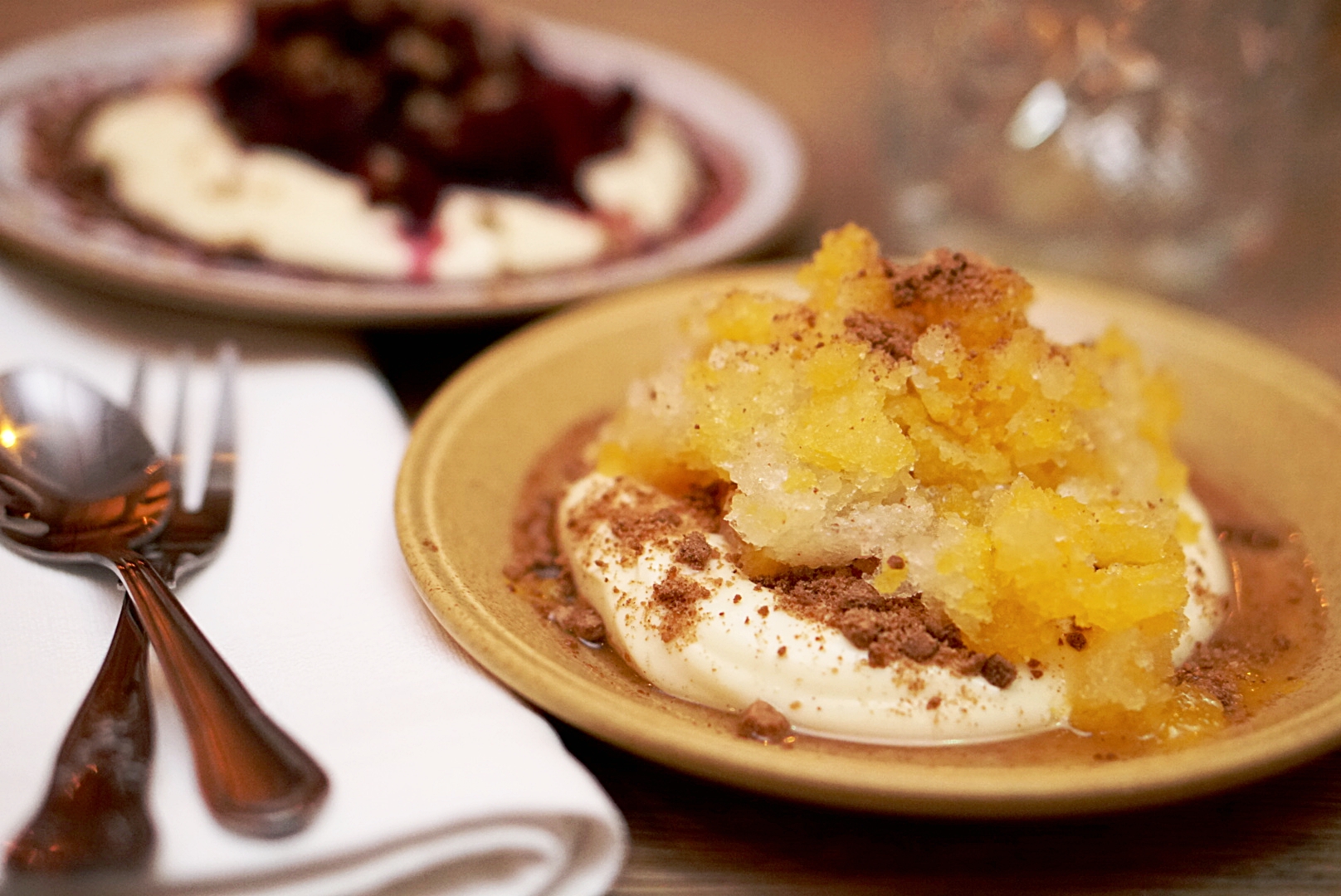 We felt a little guilty eating reindeer during Christmas time because we kept thinking of our childhood pal Rudolf, but in reality, this meat was surprisingly tasty. We tried reindeer prepared two different ways: raw in reindeer tartare and also cooked like a steak. Both were very tender and easy to eat. 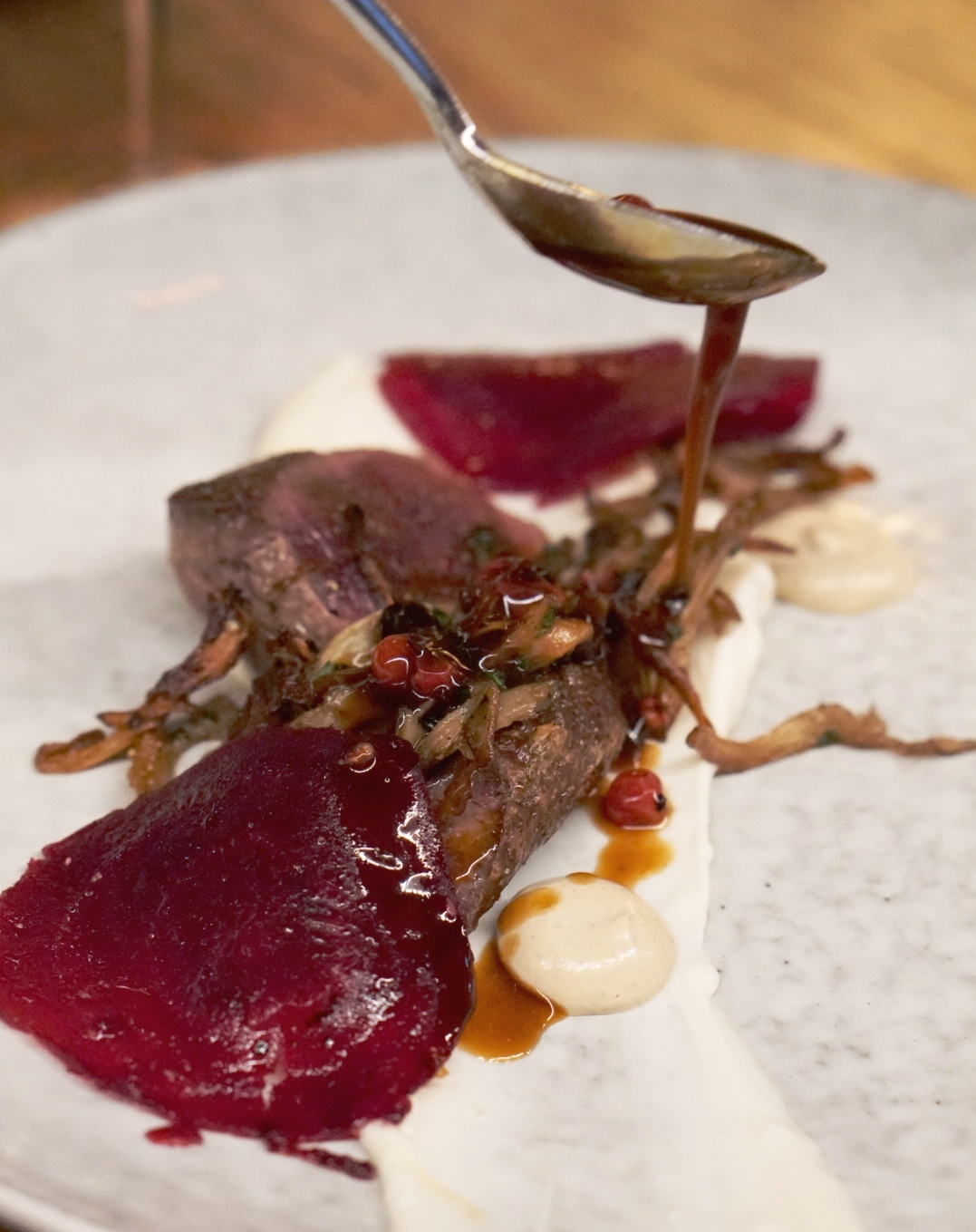 Although it can seem a bit intimidating when the plate comes out, cod head is quite delicious. This traditional dish was created as a result of Iceland exporting tons and tons of fish filets, but being left with the cod heads remaining unsold. True to Icelandic culture to never waste anything on an animal, the cod head is served as a traditional dish. The cod head we ate at Matur Og Drykkur was caramelized with a blowtorch prior to serving. 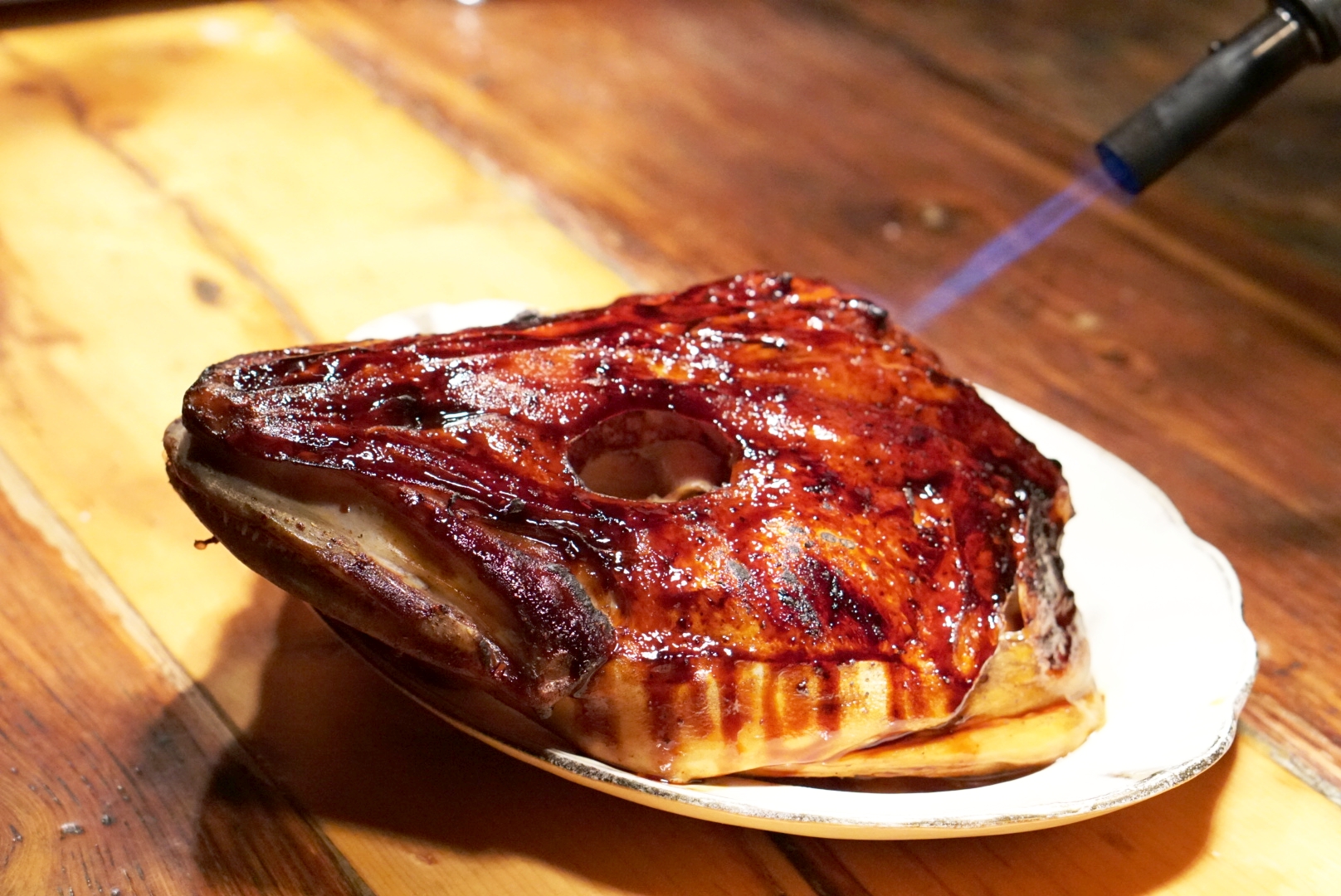 Sheep are very prevalent in Iceland. Where else would all that famous Icelandic wool come from?!?! Iceland is also famous for their lamb meat. Most commonly, you’ll find lamb soup on a lot of menus around town. Tender lamb is cooked in a simple broth with fresh carrots and turnups. It is a nice way to warm up on a chilly day! 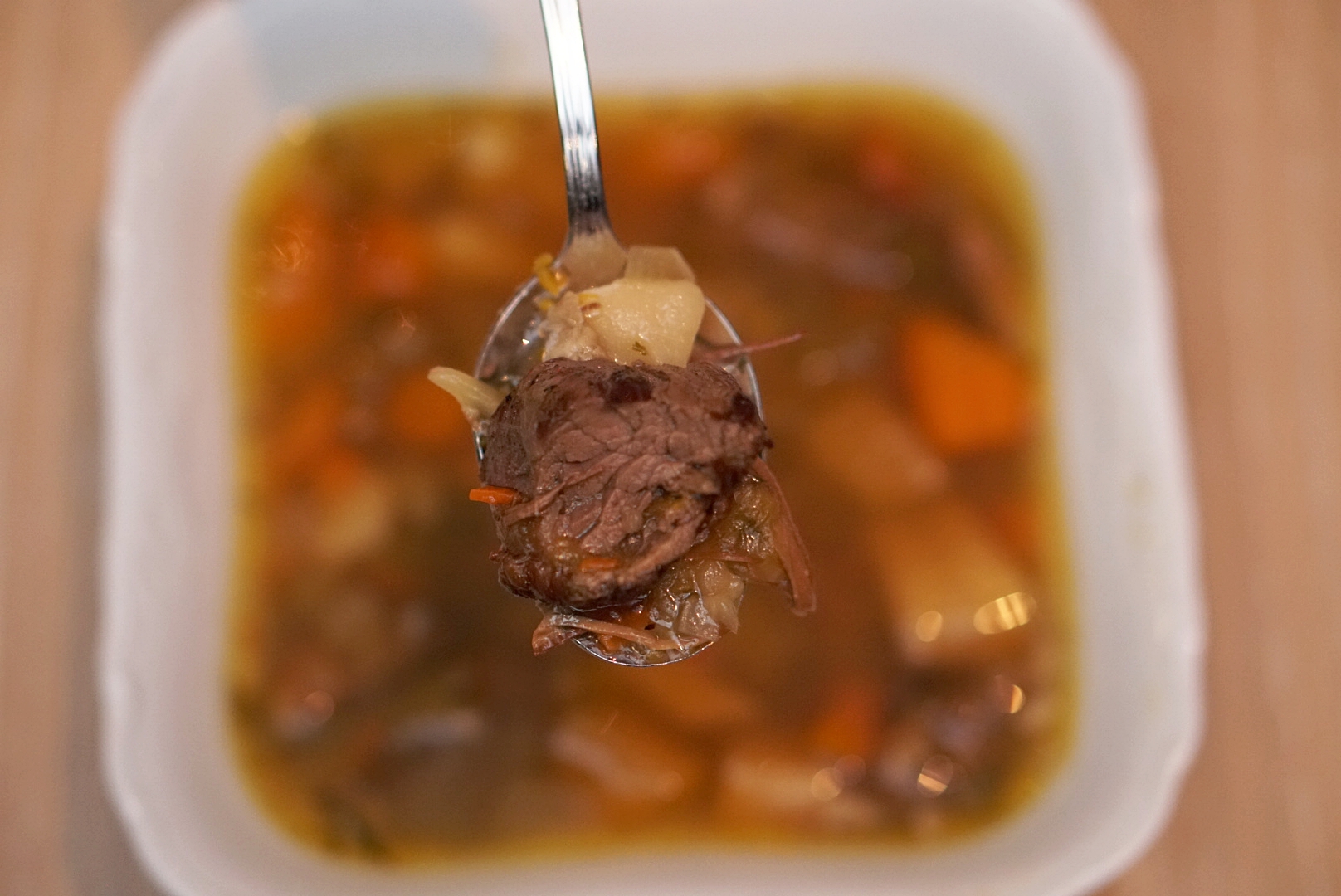 Lamb stew from Max’s restaurant at the Northern Light Inn

Gavin was a fan of salted cod, while Karen could pass on this dish. Salted cod is dried and salted to preserve the fish. It is then rehydrated for up to 24 hours and used in many dishes. Salted cod tastes MUCH better rehydrated compared to snacking on it dried (see bottom section of the list). 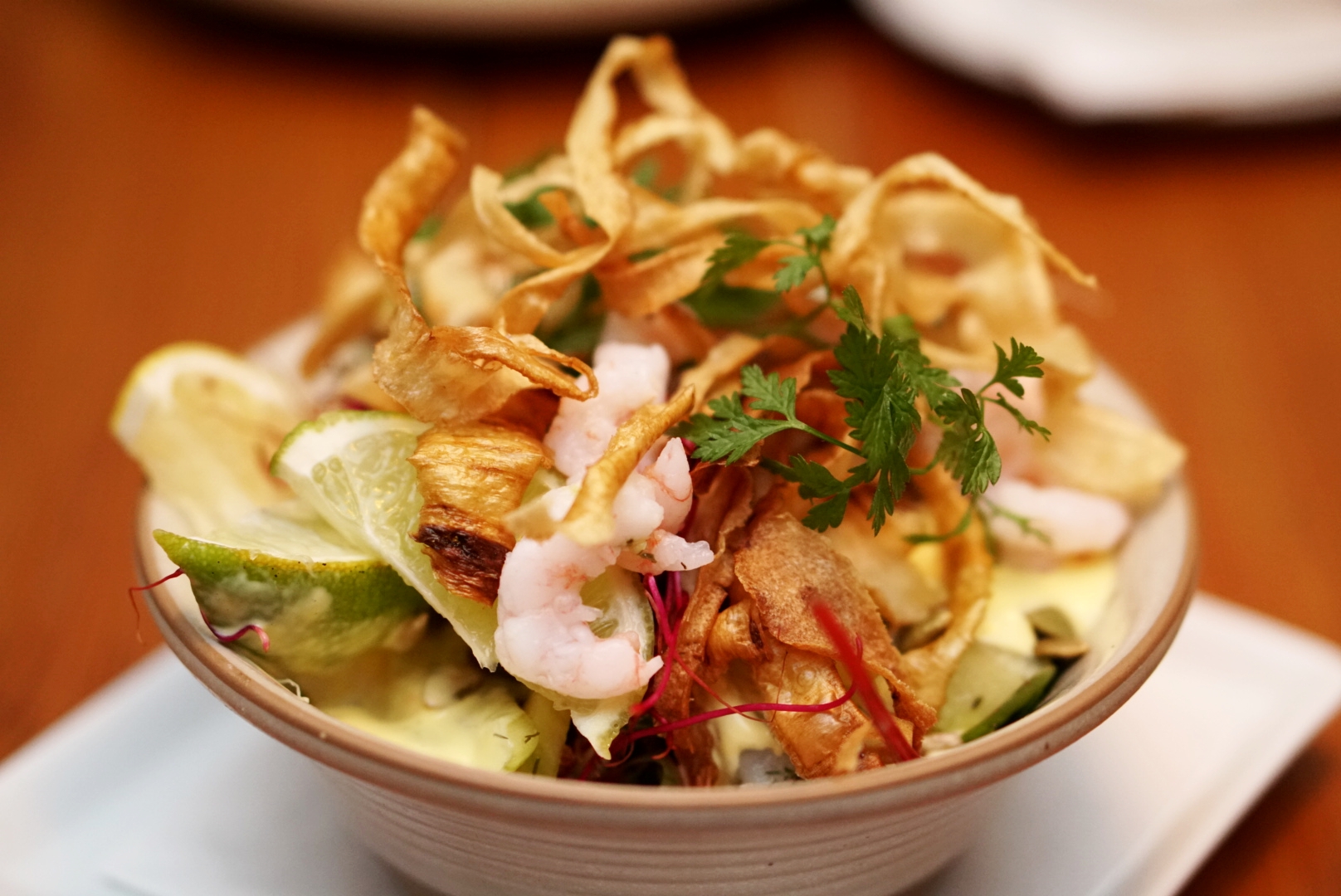 Can you tell that Iceland has a lot of cod?! Another traditional dish from Iceland used pieces of cod to make a fish cake. It is topped with bechamel sauce. Obviously, that makes it more savory. This was pretty tasty, but the soft consistency didn’t have us begging for more.  Think of it as fish mashed potatoes. 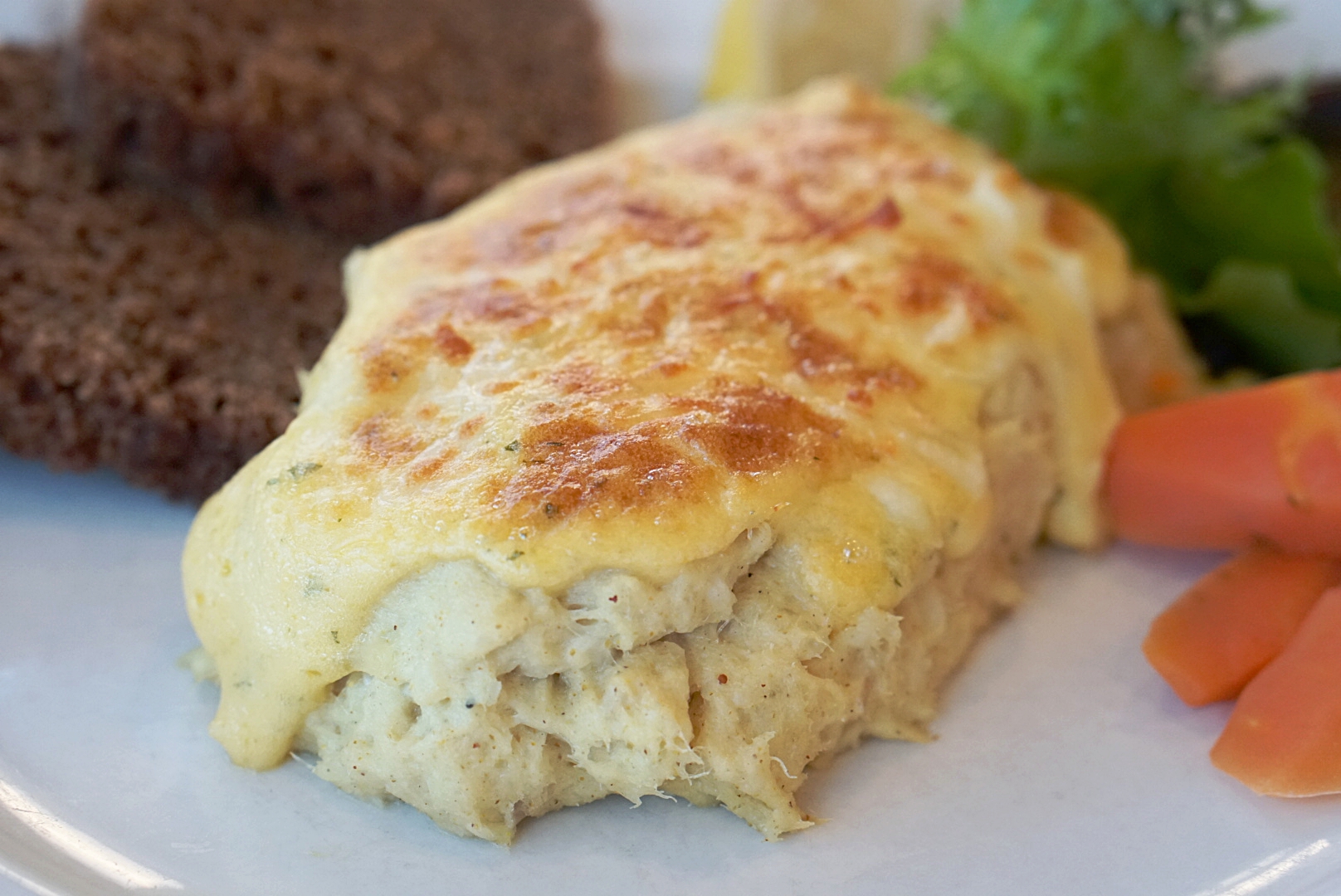 We heard a lot of buzz about Icelandic hot dogs prior to our trip to the land of fire and ice. After going to the most famous hot dog stand in Iceland, we were actually so disappointed that we ended up throwing half of it away (maybe our expectations were just too high?) Hot dogs in Iceland come with a remoulade, croutons, onions, relish, ketchup and sweet mustard. It seems like a slam dunk, but something was off in the dog we were served. We tried a more chef’d up version again at Skal, which is located in a cool foodie hall, and it was much better than the first one we tried and could’ve eaten four. 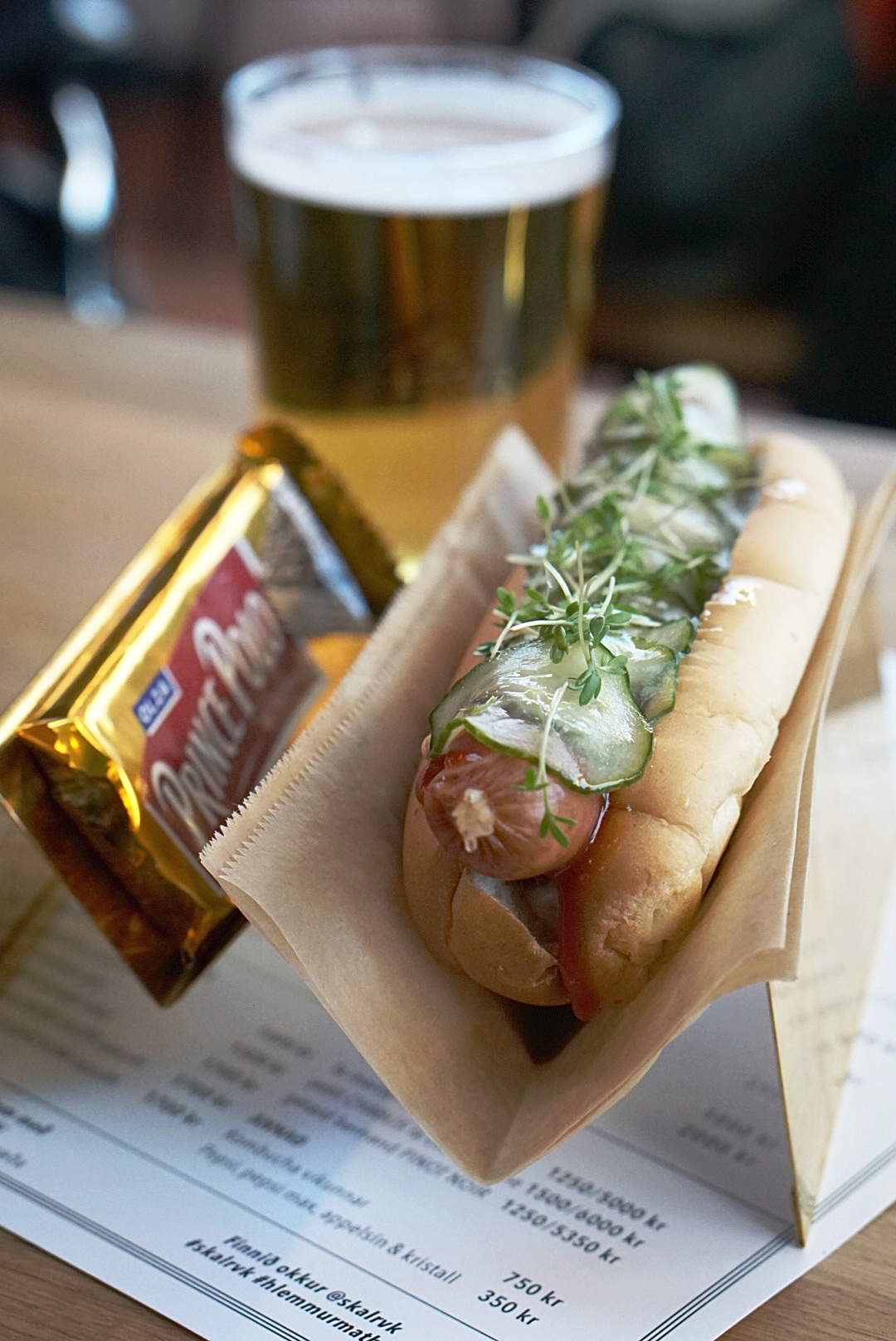 Also known as “black death”, this clear schnapps is made from potato and grains. Caraway seeds are also added giving it a bit of a licorice taste. Don’t think it is similar to Jagermeister though, it tastes way stronger and harsh. The best way to have Brennivin is by asking a master mixologist to create a craft cocktail using it which we did like, but we don’t recommend it as a straight shot. 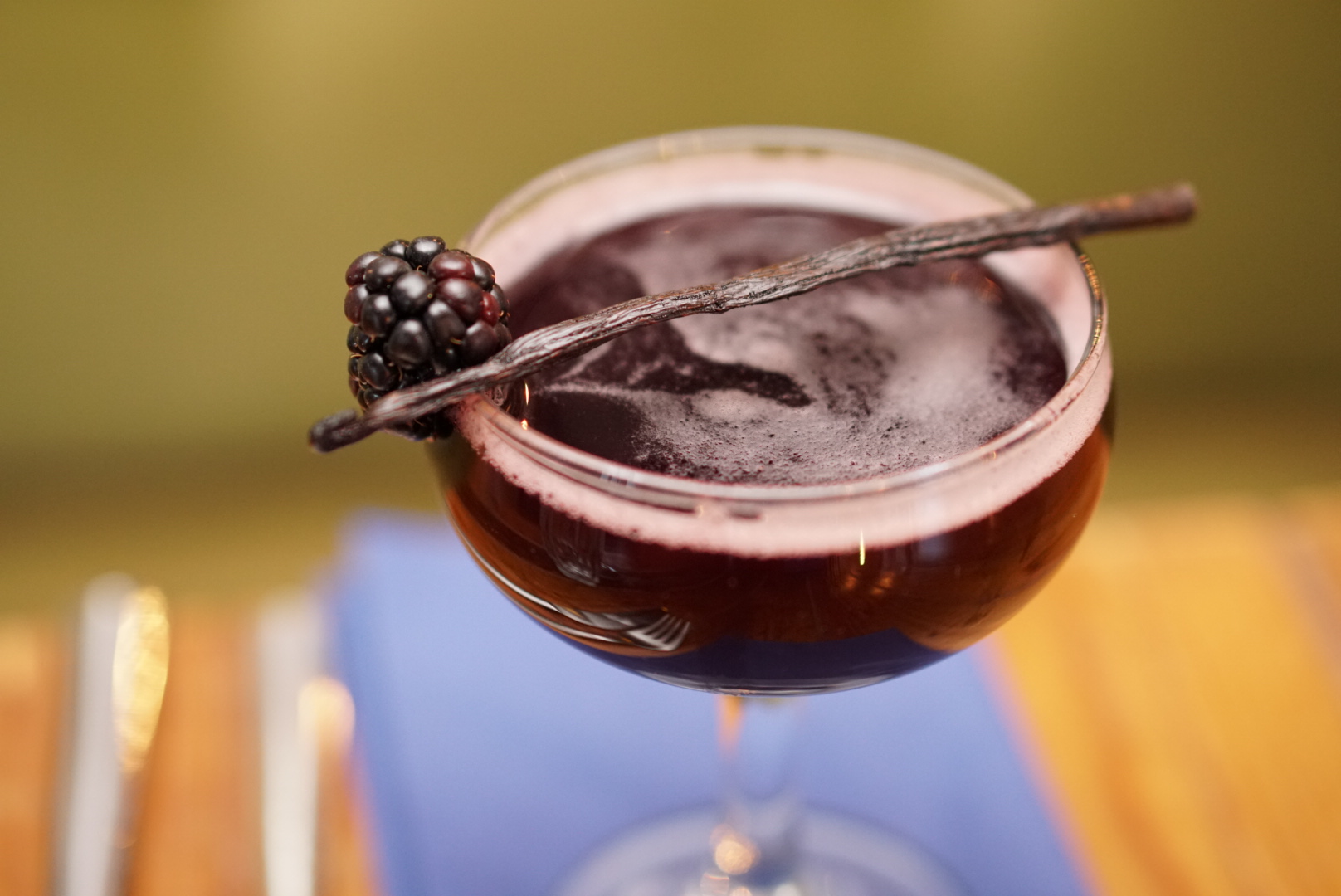 This wasn’t the first time Karen tried goose, but the verdict was the same. We didn’t love the gaminess or the consistency of the meat. We tried it cured with a local blueberry sauce and didn’t want to order goose again. 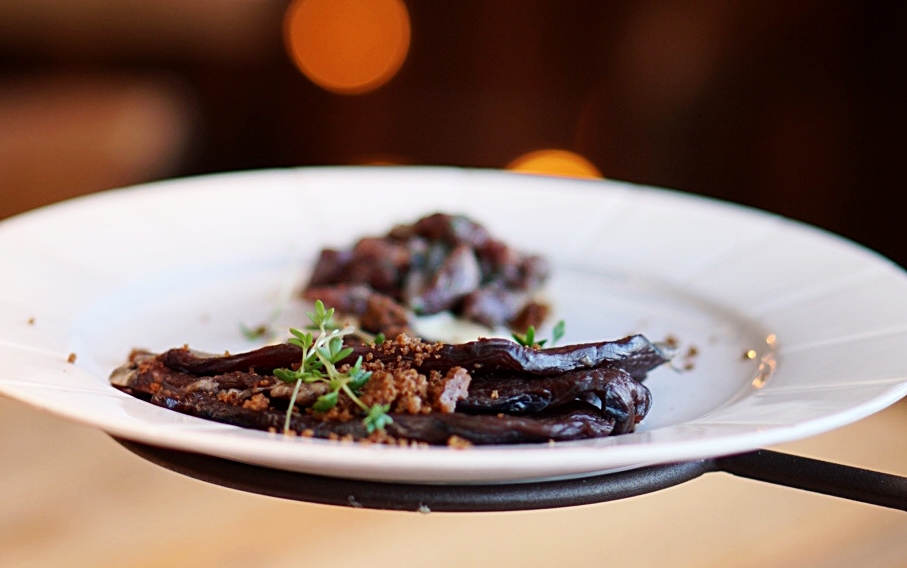 Cod that has been salted and dried. It is typically served with butter as a light appetizer or snack, we can best describe this dish as a fishy triscuit. The consistency is initially so odd in your mouth, that it is hard to find appetizing. 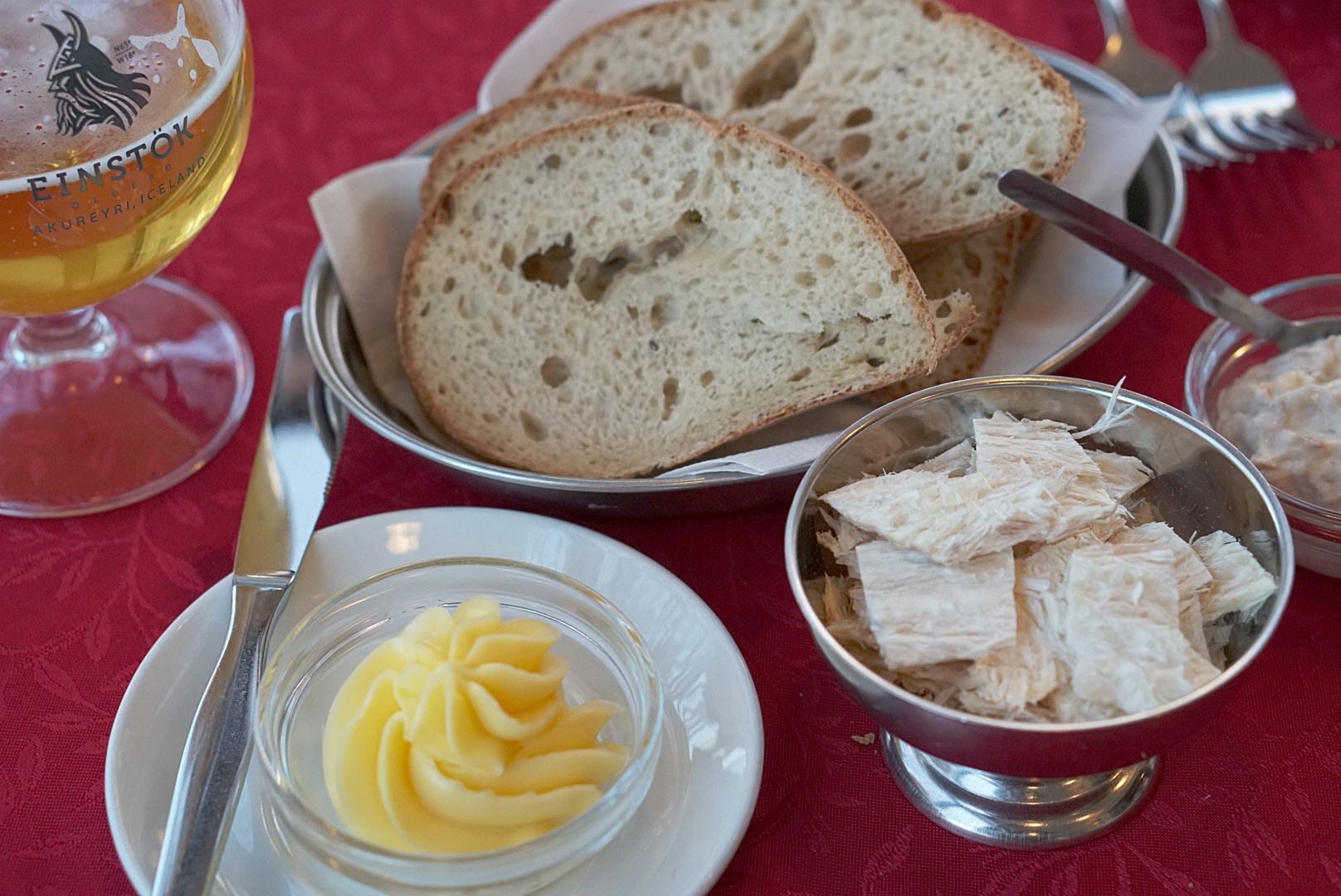 This dish can be found at most traditional seafood restaurants and although we tried whale prepared four different ways (sashimi style, roasted, whale pepper steak, and whale filet) we weren’t fans. Only a limited number of whales are harvested each year and the organs are sent to the government for research purposes. We expected whale to be fatty, but in fact, the meat is quite lean. It tastes like a very gamey venison steak but with a chewy consistency and a nasty oceanic aftertaste. 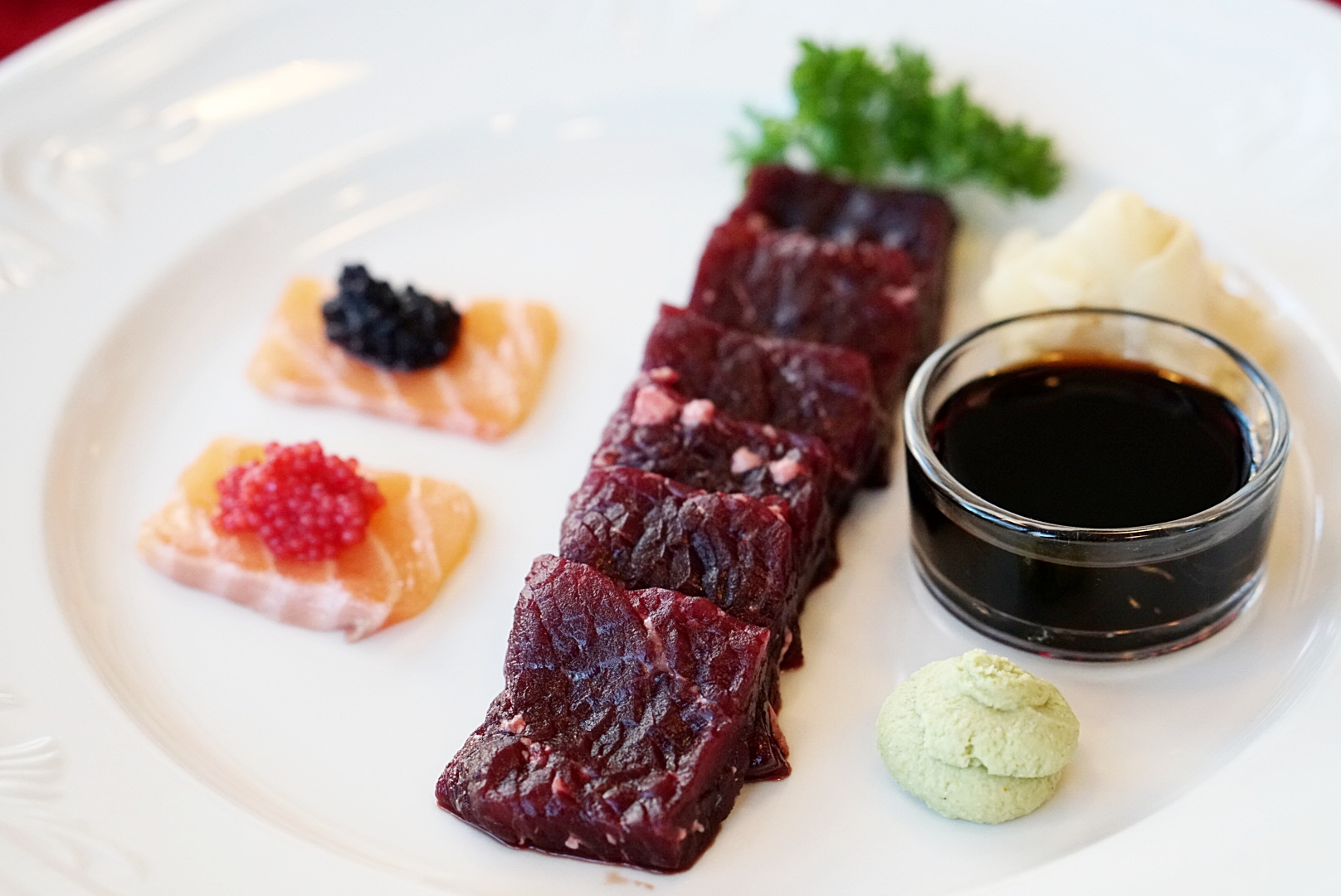 We always say that we will try anything once, and in Gavin’s case, he tried eating a piece of fermented shark three times and still couldn’t swallow it. You might be asking, how is fermented shark made? Hákarl, or fermented shark, is made by cutting the head off of the shark and burying it. It is then hung to dry (or rot) for several months until it is sliced and served. Hákarl is probably the most disgusting food in the world. It smells and tastes like ammonia. Shark has such a chewy consistency that it might be best to swallow it whole because we found it was nearly impossible to break it down by chewing. Ultimately, we ended up needing to spit it out. The fermented shark is usually served with a shot of Brennivin, making matters even worse.

Iceland was one of the most beautiful countries we have visited. The sunrises were awe-inspiring and reflected candy-colored skies on the mountains and ocean below. Iceland food was some of the most interesting (and adventurous) bites that we have ever tasted – a pescatarian’s dream! We hope that we solved your curiosities regarding this uncommon cuisine and inspired you to try something new the next time you are given the opportunity! 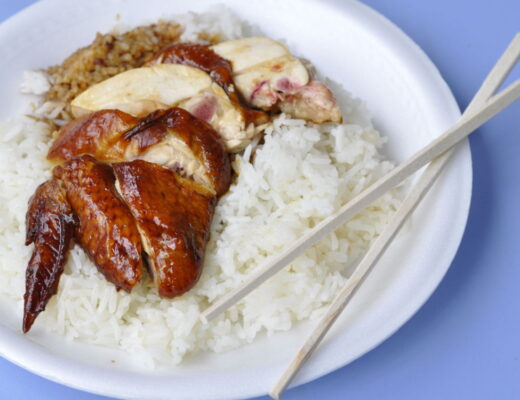 What to do in Singapore (and where to eat!) 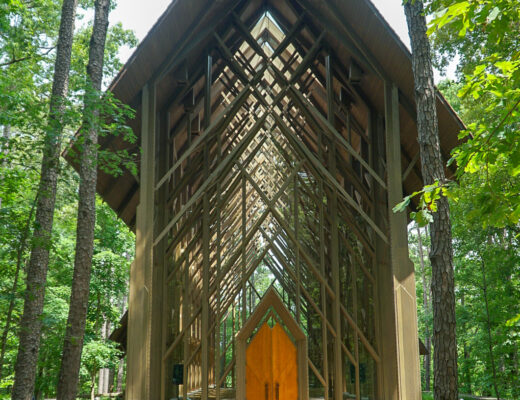 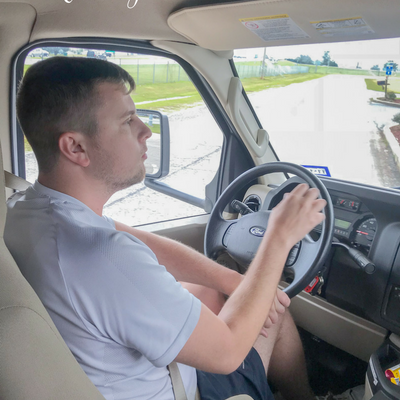 What you need to know before renting an RV