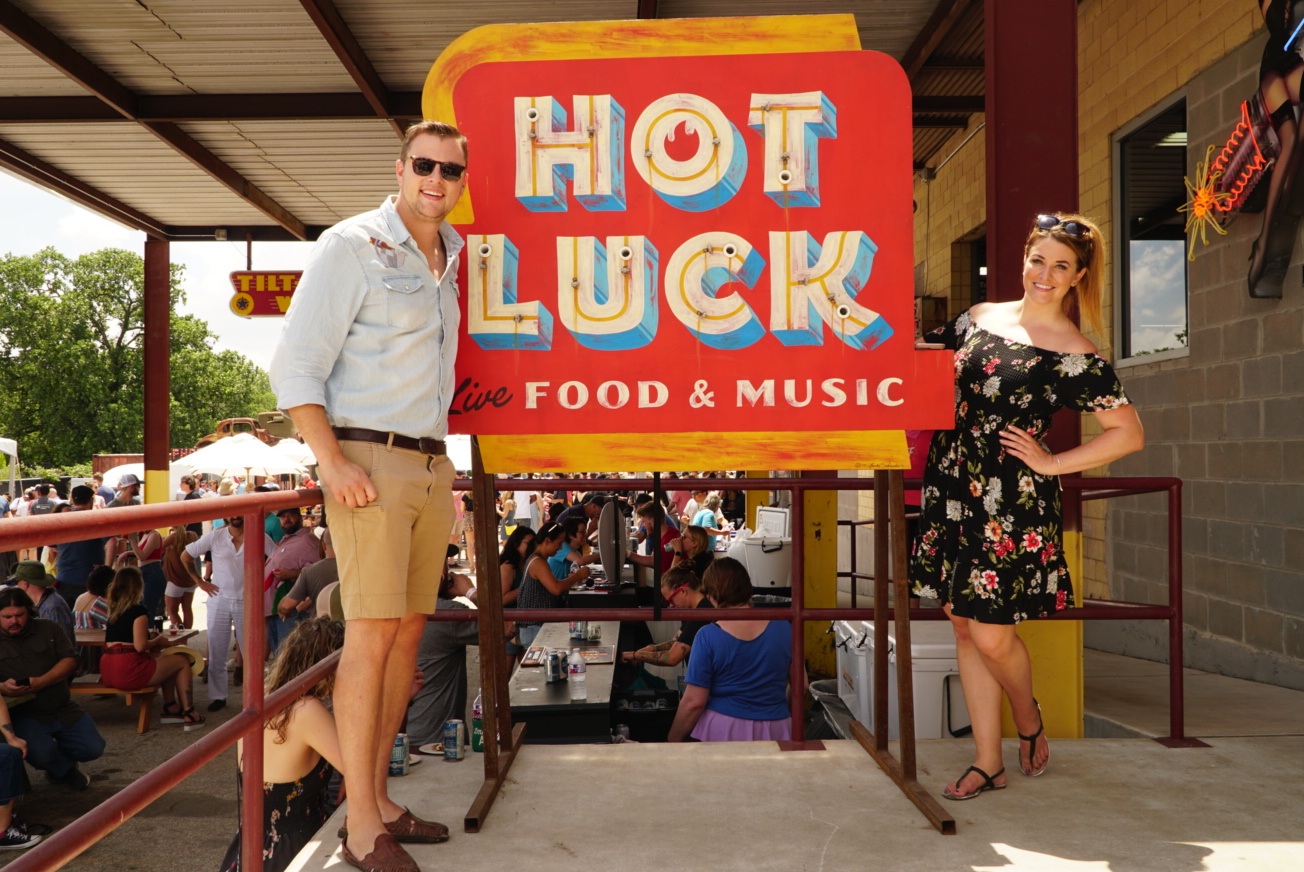 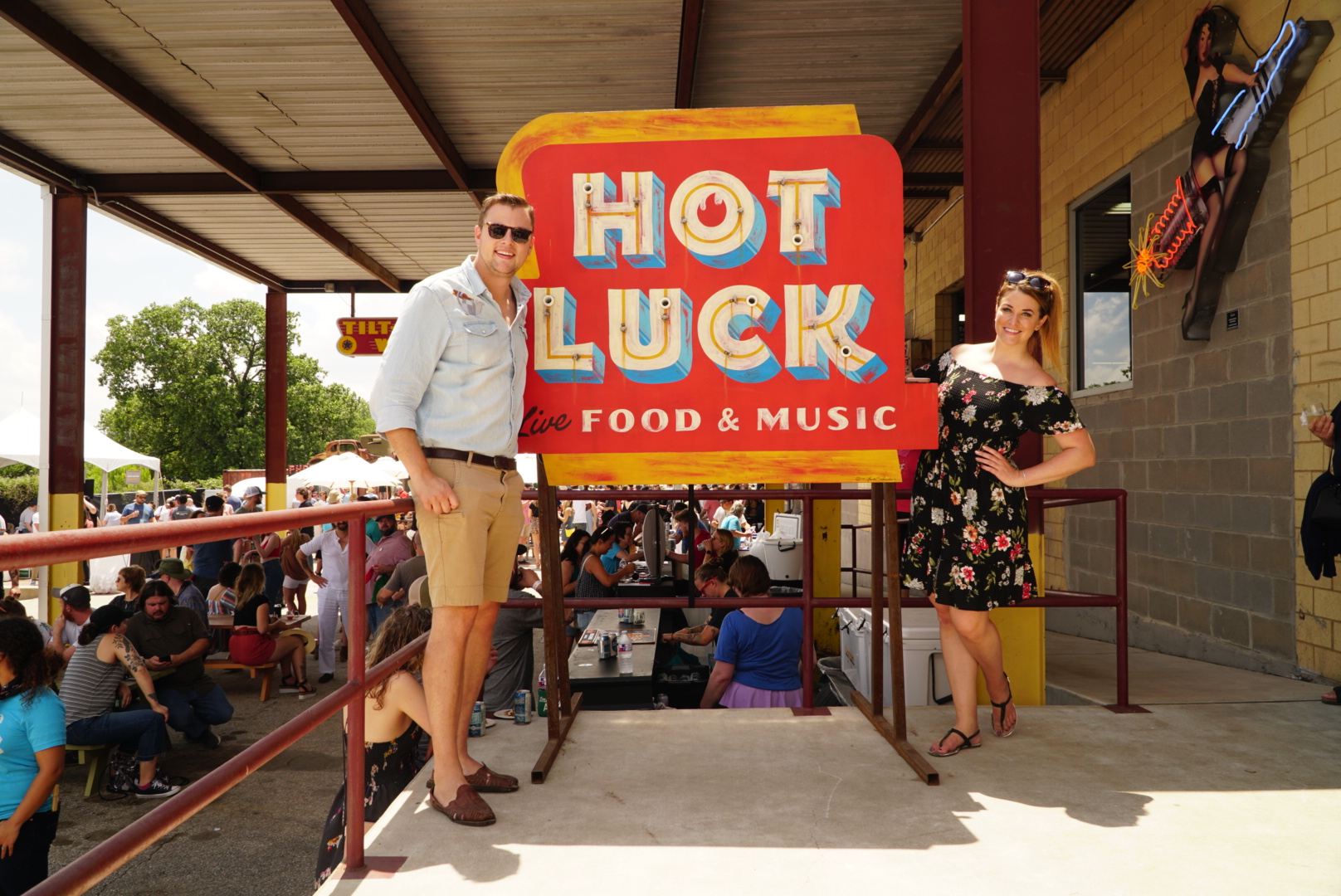 Another food festival is in the books!

We spent the majority of the weekend on a foodie adventure in Omaha, but flew home just in time to catch the finale event of the Hot Luck Fest, a food and music festival created by the god of barbecue, aka Sir Aaron Franklin, and partners.

The food festival has a number of both food and music events, varying in theme over four glorious days. It reminds us a lot of the Feast Food Festival in Portland, Oregan.

We attended the Coupe De Grille, a brunch-themed event where top chefs from around the country created culinary masterpieces amidst classic cars and neon signs at the Austin Speedshop.

This was our second year going to this event, and it definitely won’t be our last! This event isn’t at a gigantic venue, but its small size is packed with some of the best chefs in the country and the food lines are never much a concern. 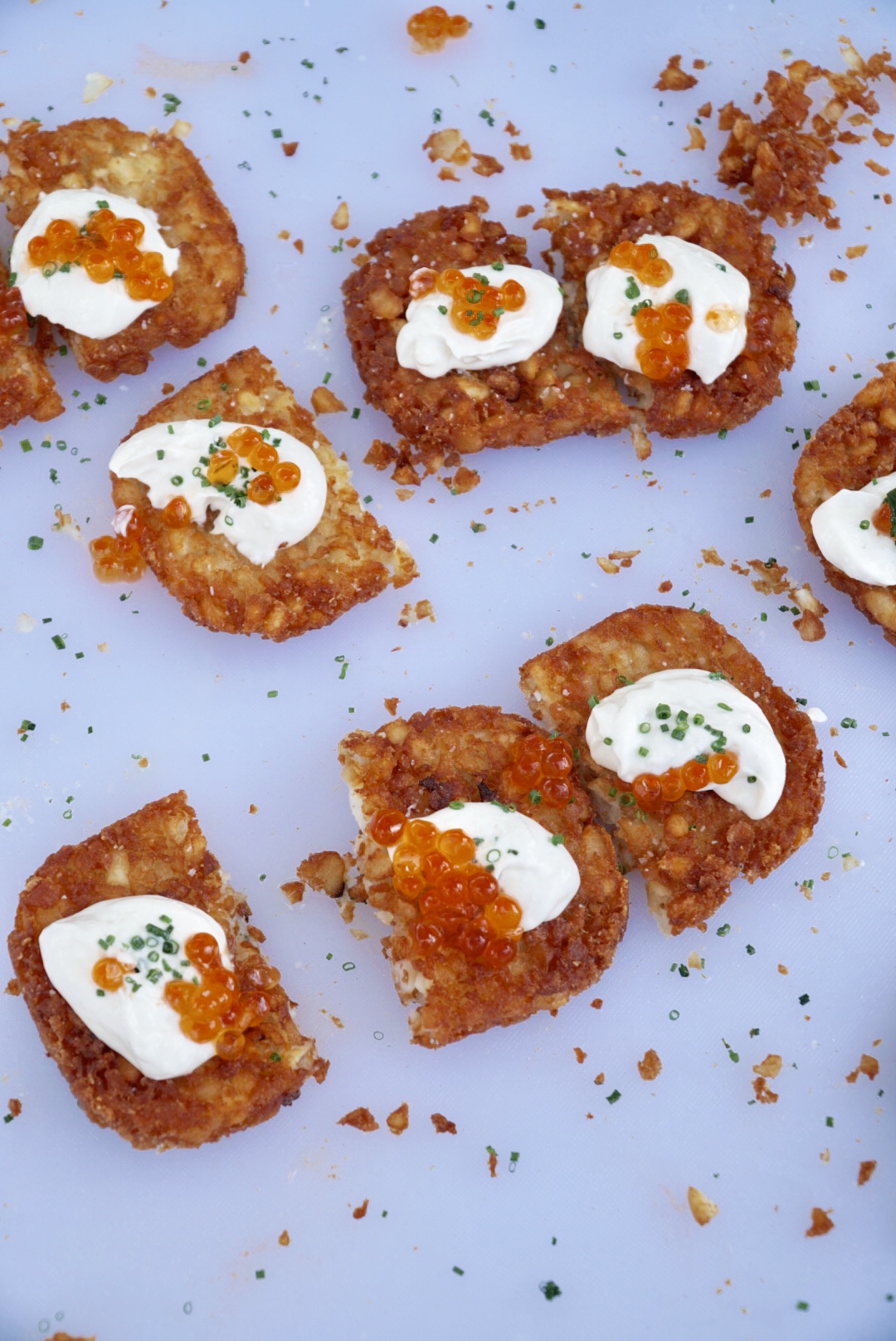 Turkey and the Wolf

Mason Hereford and his Turkey and the Wolf team cruised up to Austin from New Orleans.

We’ve been big fans of Turkey and the Wolf for some time now, after trying it on our Southern RV road trip with friends.

For the fest, the culinary team introduced Austin to Mchashbrowns with “white stuff” and salmon roe, chives, and lemon.

This dish was what makes this event so special. Where else are you going to get a bad ass fast food classic reinvented with a michelin star twist??

Get the low down on this New Orleans gem in our foodie guide to Nola. http://www.turkeyandthewolf.com/ 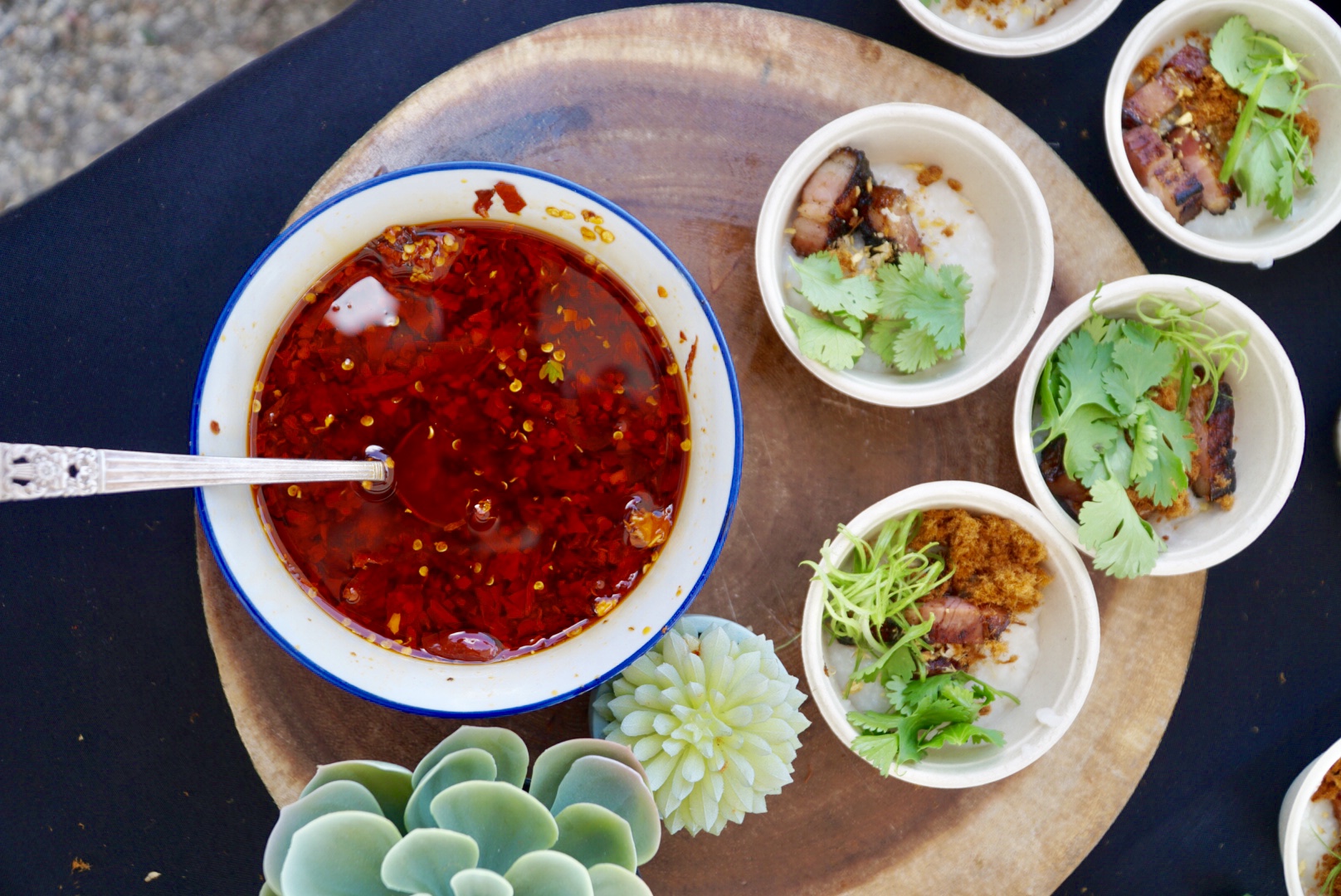 Hotel restaurants aren’t always typically known for great food, but the Fairmont Austin is quickly becoming a top restaurant in Austin and they always have one of the best dishes whenever we see them at an event.

For this event, they created a specialty congee with char sui pork, pork floss, and crispy garlic.

If you don’t know congee, it is a classic breakfast dish found in southeast Asia and is most comparable to a savory oatmeal.  You rarely see congee in Austin, and their iteration was delicious.

We’d order it all the time if it became a regular menu item at the hotel. https://www.garrisongrill.com/ https://www.revueatx.com/ 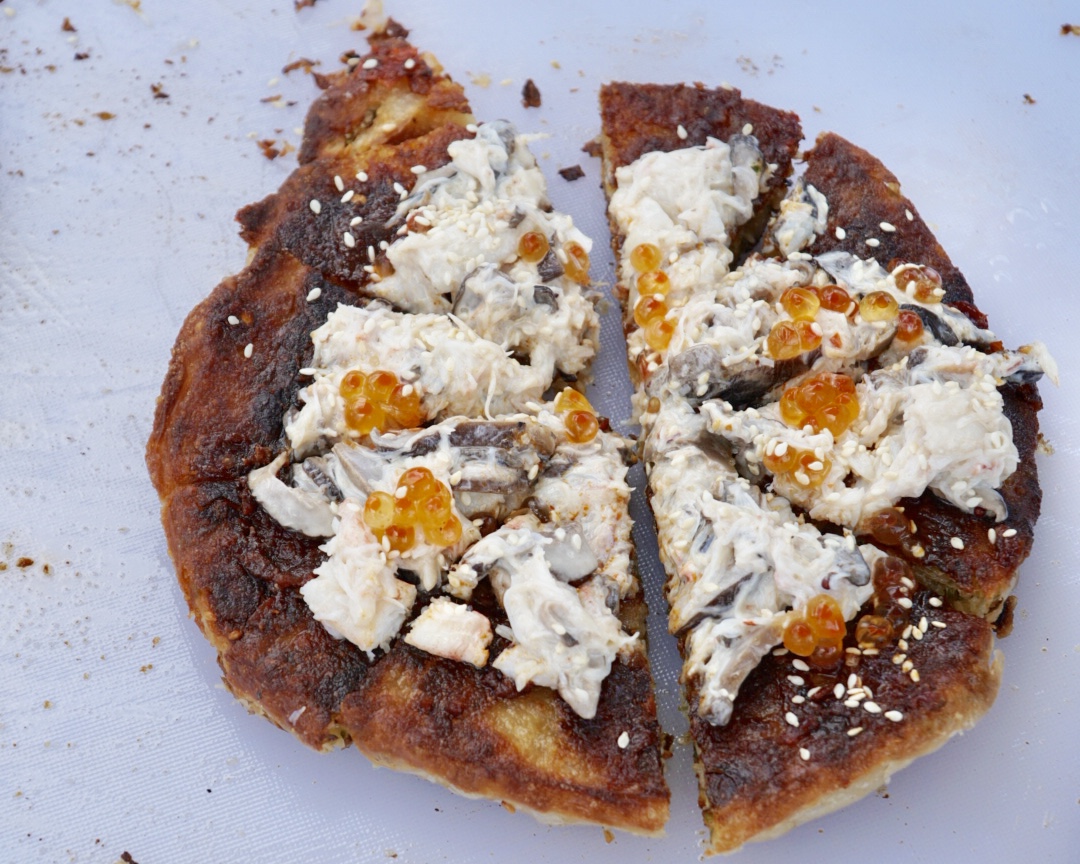 In from Chicago, Chefs Ben Lustbader and Jason Vincent brought this brunch event to a new level with their upscale, dim sum scallion pancake.

Scallion pancakes are always one of our favorite dim sum orders.

Their rendition for the event was incredible and unlike any we’ve ever had before as it was topped with crab salad and roe.  http://www.giantrestaurant.com/ 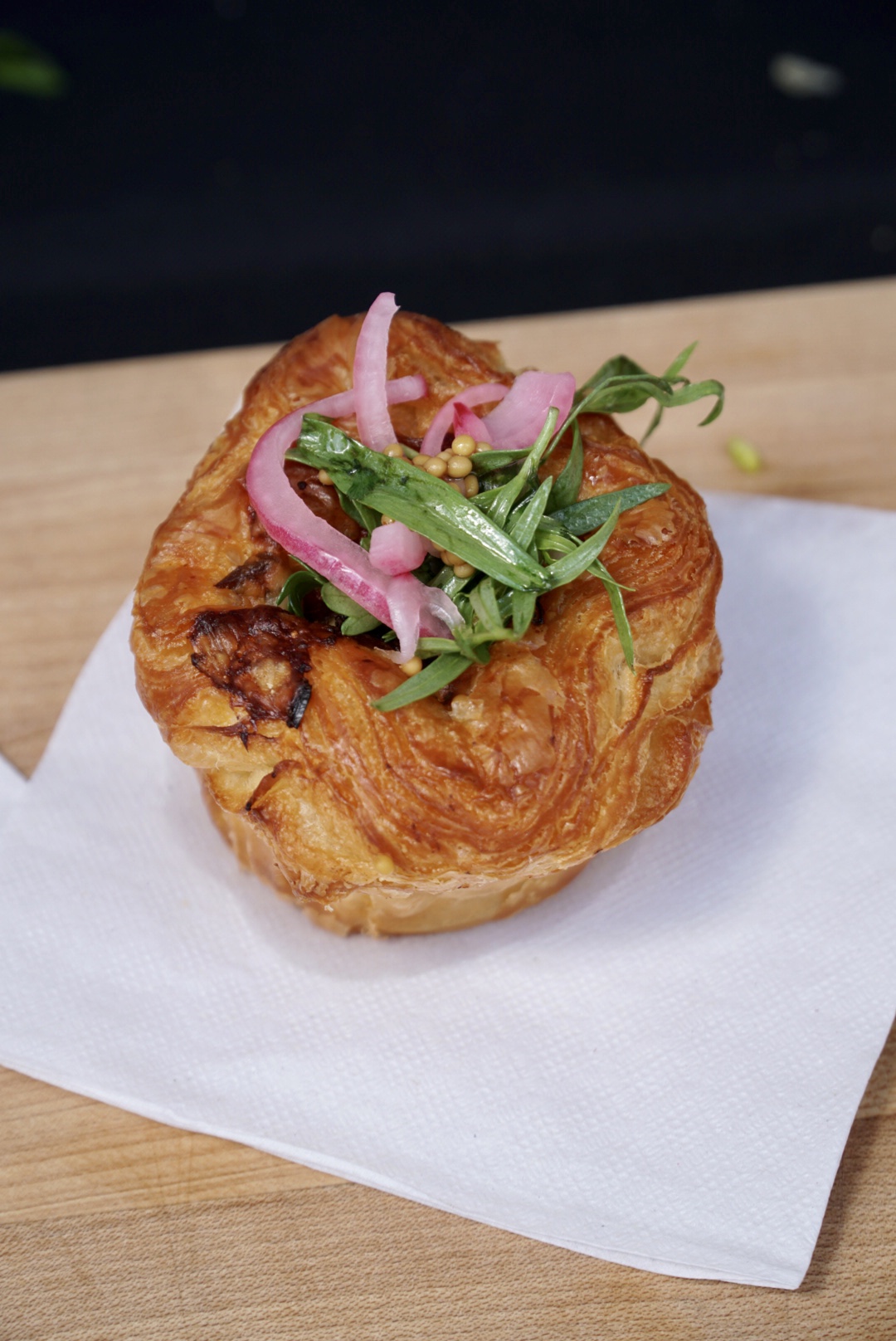 Chefs Alex Manley and Jen Tucker are bringing Swedish Hill Bakery back to life with both reinvented classics and new tasty editions.

The bakery isn’t fully reopened, but prior to the grand opening, they host weekend bake sales for you to get your fix in the meantime.

At Hot Luck they made a brisket cheddar buttercup, and we can only hope that it will become a new permanent item when the bakery fully opens. It is absolutely a must-eat savory pastry.

Their dish was essentially a buttery croissant in muffin form, stuffed with savory brisket, pickled onion and spicy mustard. It reminded us of a croissant crossed with a bahn mi. https://swedishhillaustin.com/ 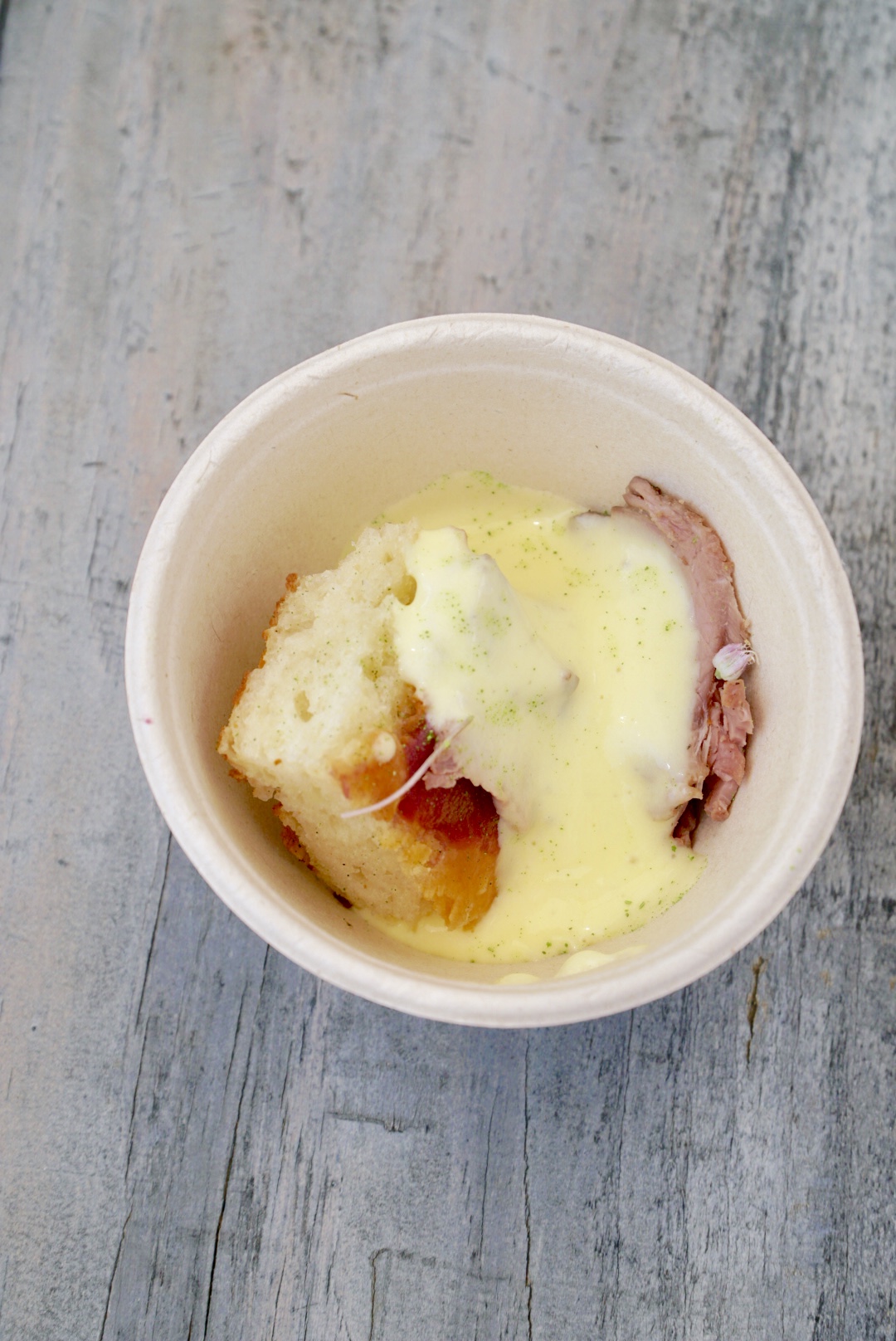 Olamaie is an incredible restaurant, but the first thing we always crave when we see their name is their world class biscuit!

Olamaie did not disappoint the hot luck crowd, because they brought their classic biscuit, and put it in breakfast form with eggs, cheese, roast beef, hibiscus onion, arugula, onion, and garlic.

Surprisingly this was the only chef that used egg in their brunch dish, and it was clearly a crowd favorite.

They don’t have a brunch menu right now, but if they do we could only hope it would include this biscuit masterpiece. https://olamaieaustin.com/ 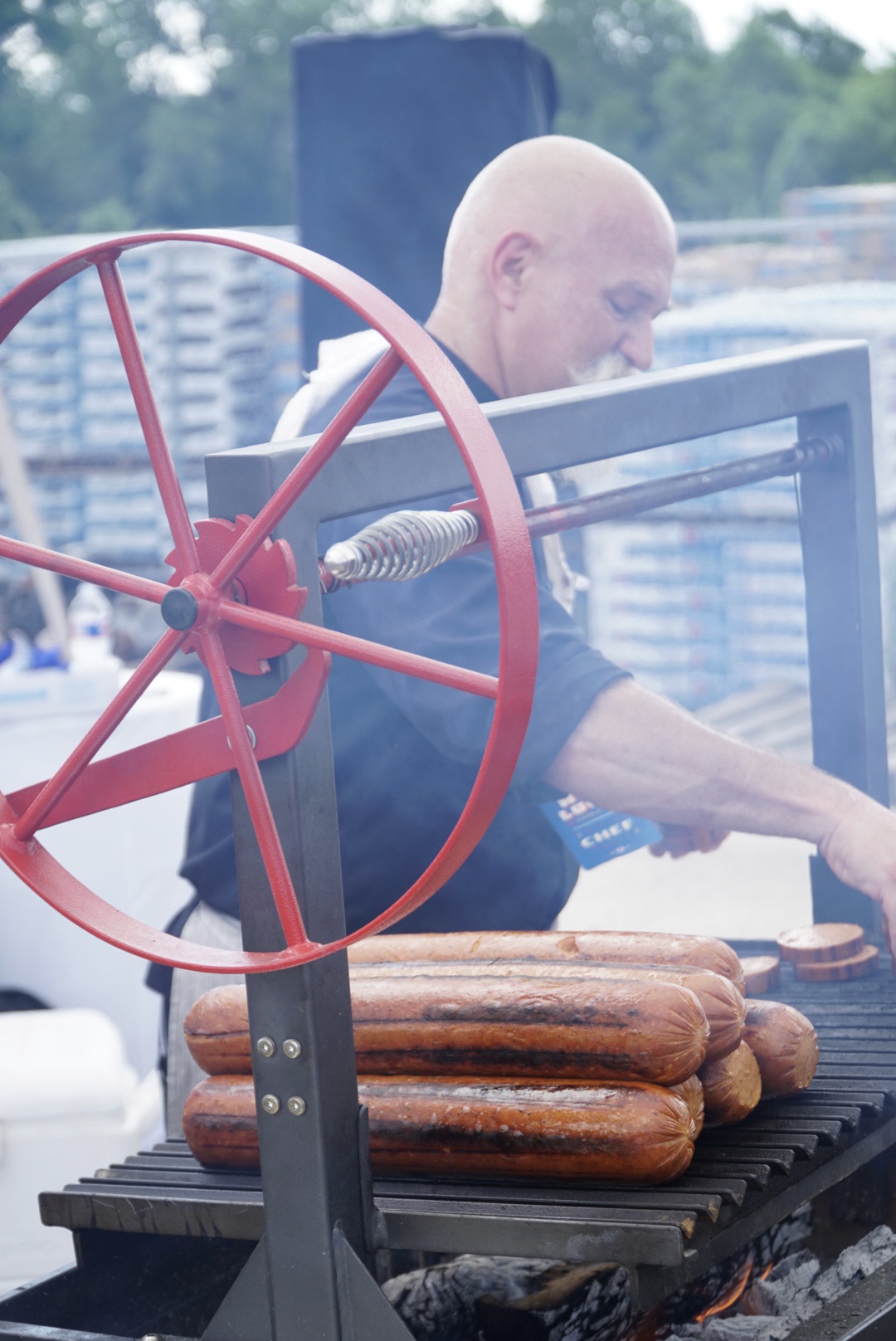 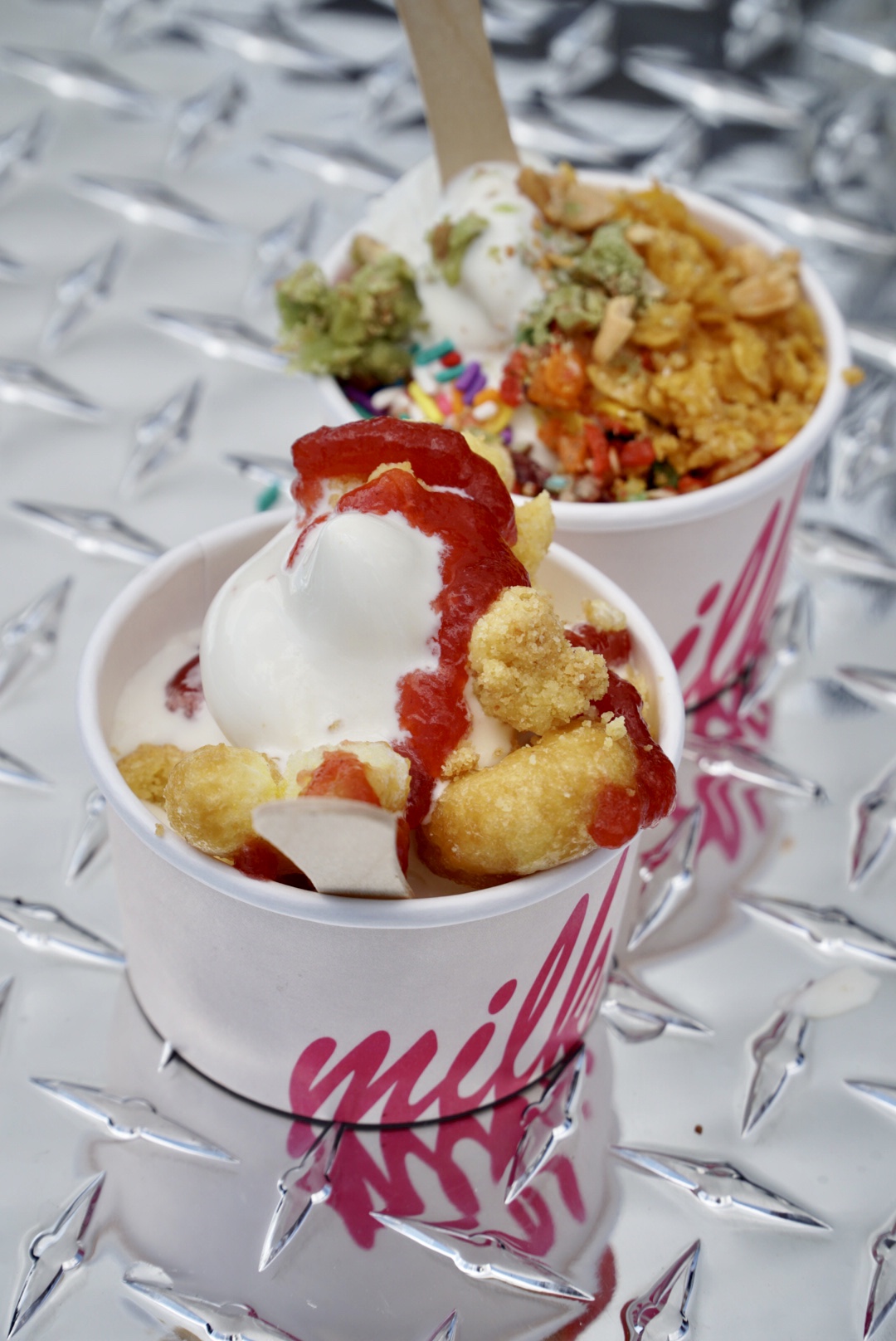 Easy Tiger grilled what looked like the world’s largest sausages.  When they sliced the giant sausages they put them into mini sandwiches with homemade pickles.

Additionally, Milk Bar made an appearance with a fro-yo truck which was insanely popular on the 90 degree day.  To top off their ice cream they had special toppings like caramel beaver nuggets.

We left the event stuffed and can’t wait for next year! 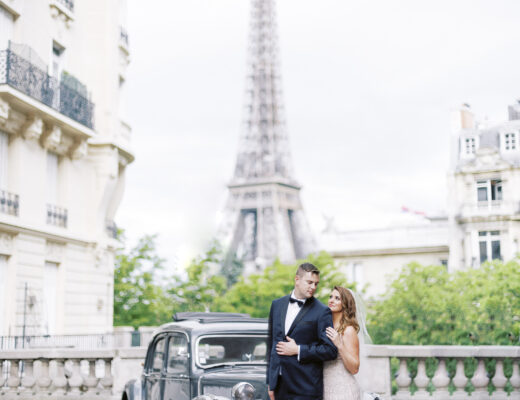 Our Fairytale Wedding in Paris 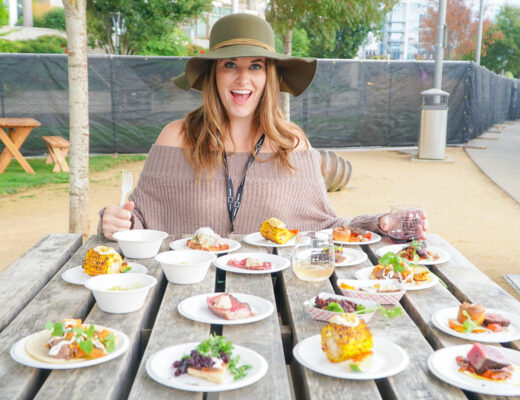 The Best Food and Events at the Feast Portland Food Festival 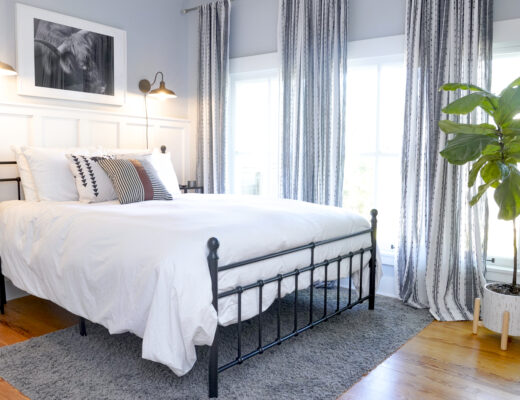 Our Fredericksburg Bed and Breakfast