Everything you Need to Know Before Heading to Oktoberfest 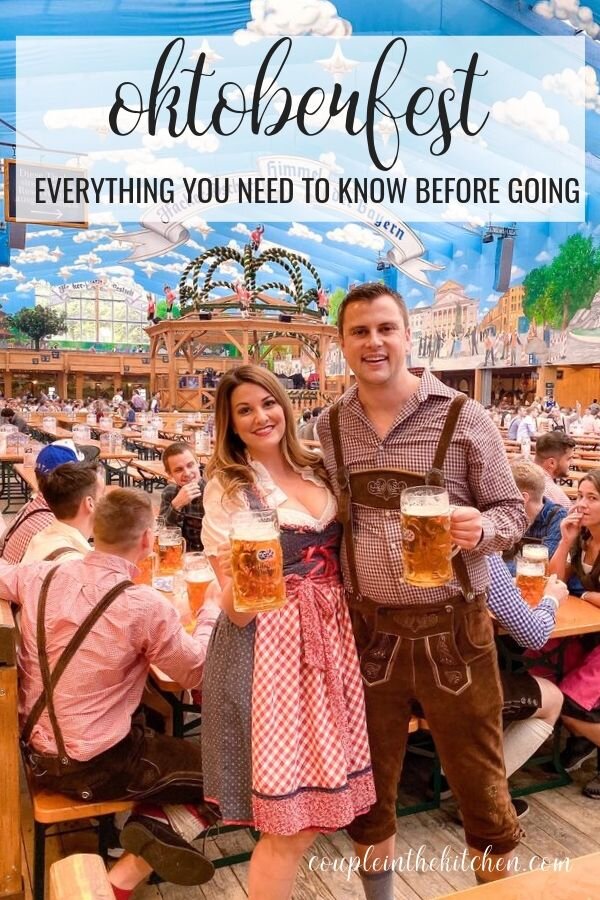 Beer lovers rejoice! There is no larger celebration for beer aficionados than Oktoberfest. Heading to Munich, Germany is a trip of a lifetime! We recently attended the 2019 Oktoberfest.

This was Gavin’s first time to Munich and Karen’s second Oktoberfest, to be honest, not much has changed over the past eight years.

Are you planning on traveling to Oktoberfest in the future? Here is what you need to know before you go: 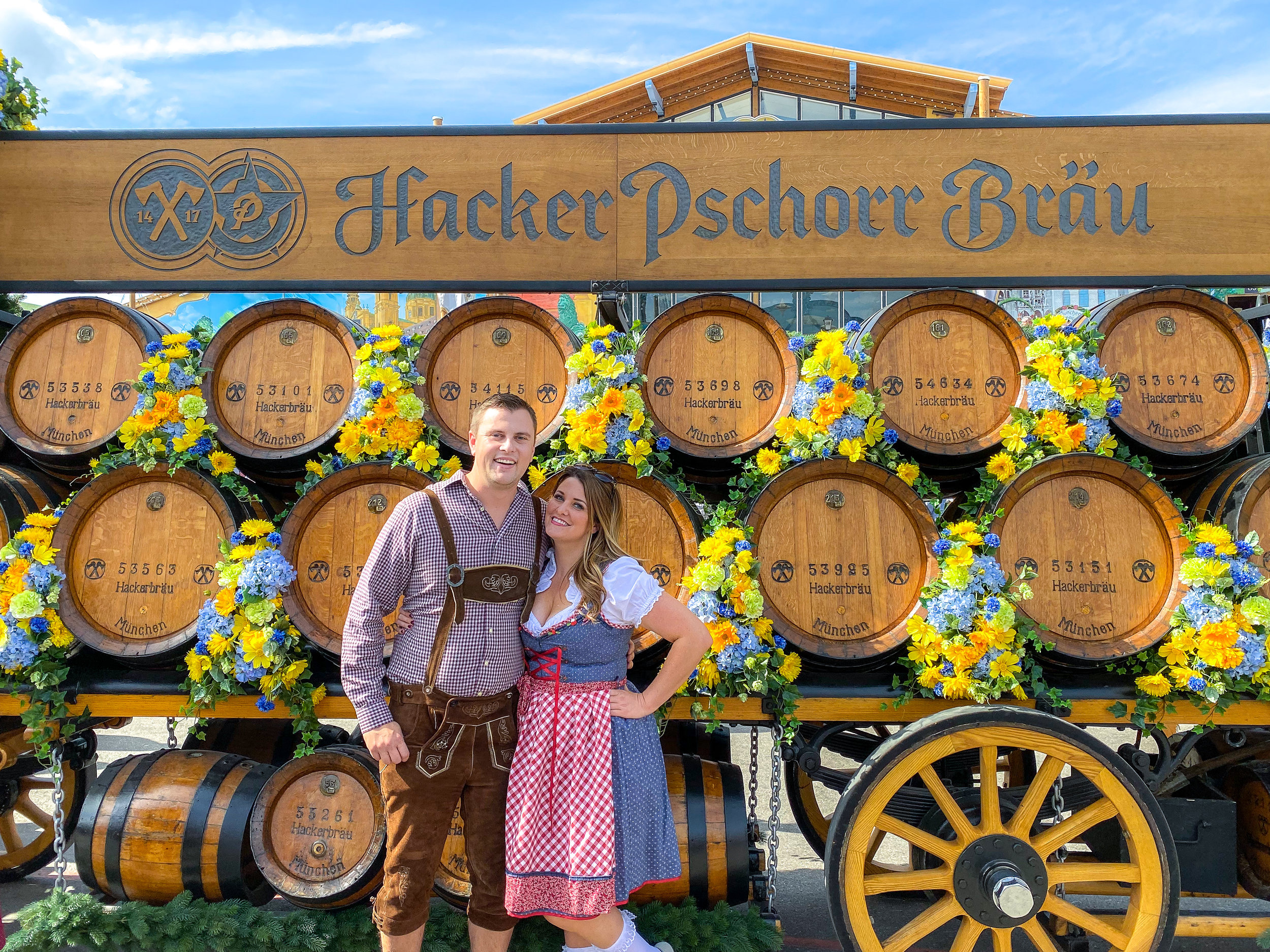 What Time Does Oktoberfest Open?

The Oktoberfest beer tents open at 10am, but you are able to get into the festival grounds earlier. Beers are served immediately after the tents open (as long as you are seated at a table) with the exception of opening day.

During the first day of Oktoberfest, the door actually open at 9am, then there is a traditional keg tapping ceremony and parade that begins at 12pm. Beers are not served until the conclusion of the parade. Karen didn’t realize this when attending opening day in 2011 and it was a long wait for that first beer! 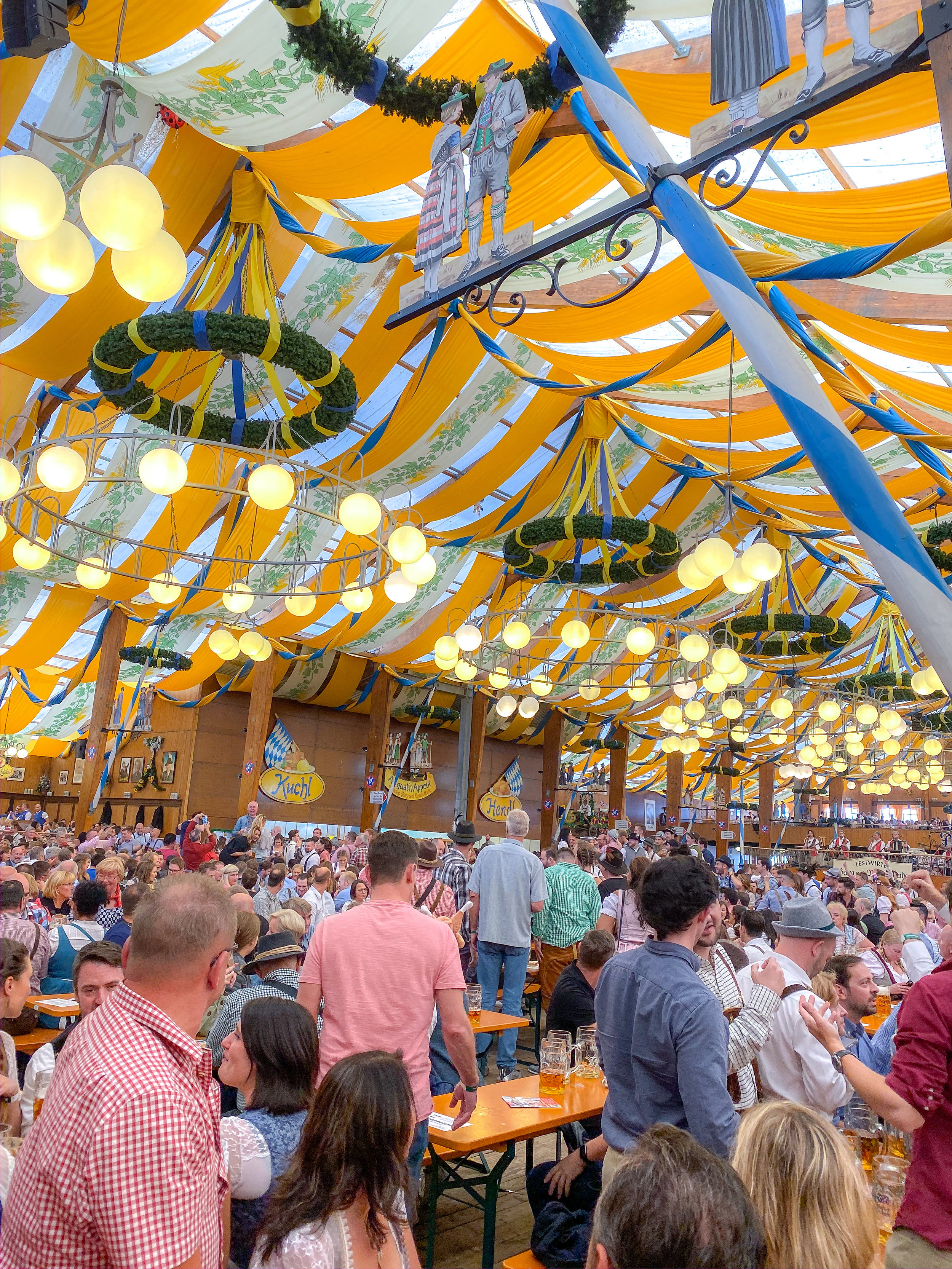 Are Credit Cards Accepted at Oktoberfest?

Oktoberfest is cash-only, so make sure you bring enough Euros to get you through a day filled with German brews, local snacks, amusement park rides, and souvenirs. 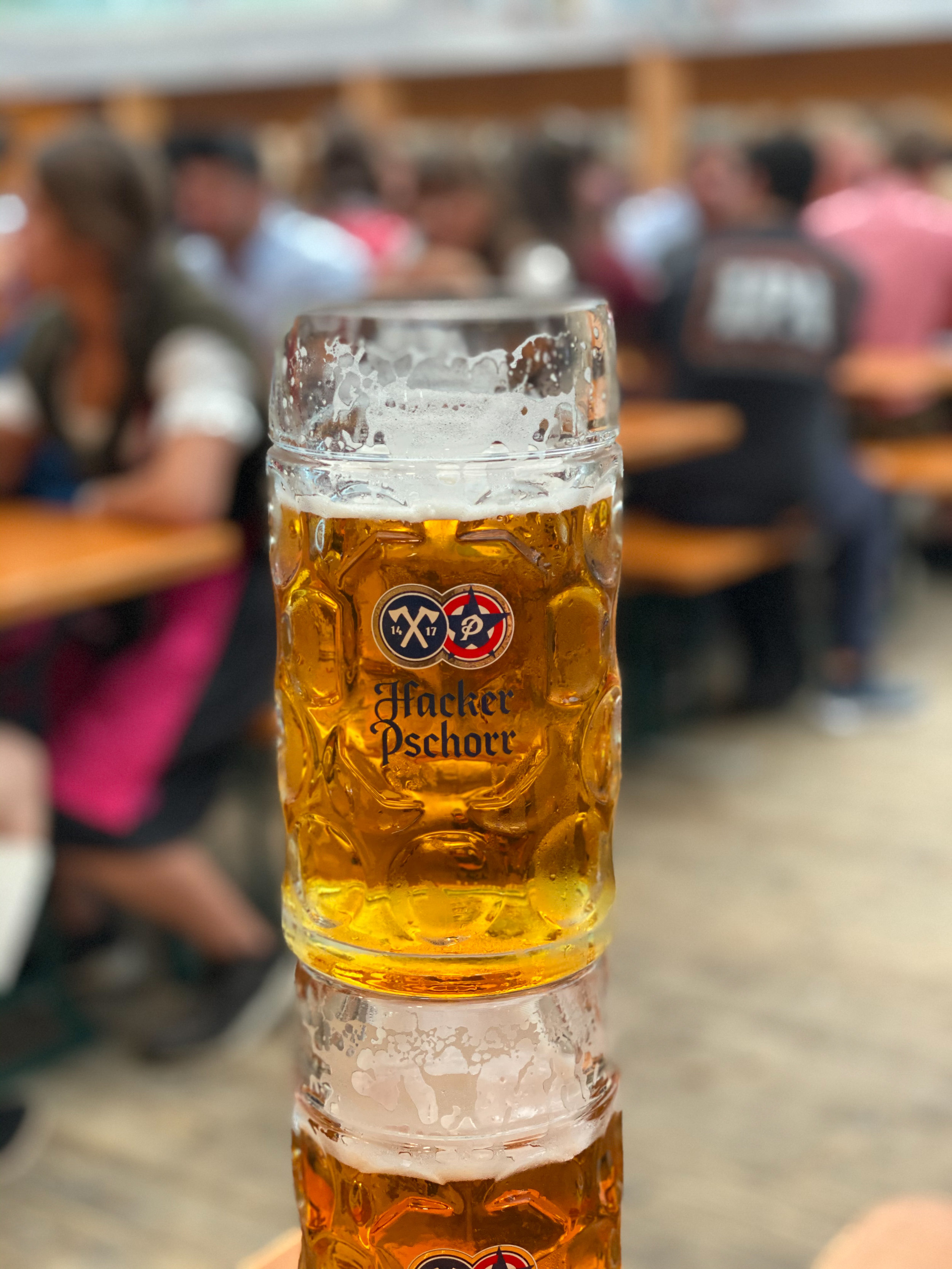 Do they serve wine at Oktoberfest?

Yes! Even though Oktoberfest is mainly a celebration of beer, you’ll find a tent that offers local wine in addition to beer. In fact, wine has been served at Oktoberfest since 1885.

Head to Kufflers Weinzelt, it is a perfect compromise for beer and wine lovers alike! Plus it is one of the tents that stays open the longest, until 1am! 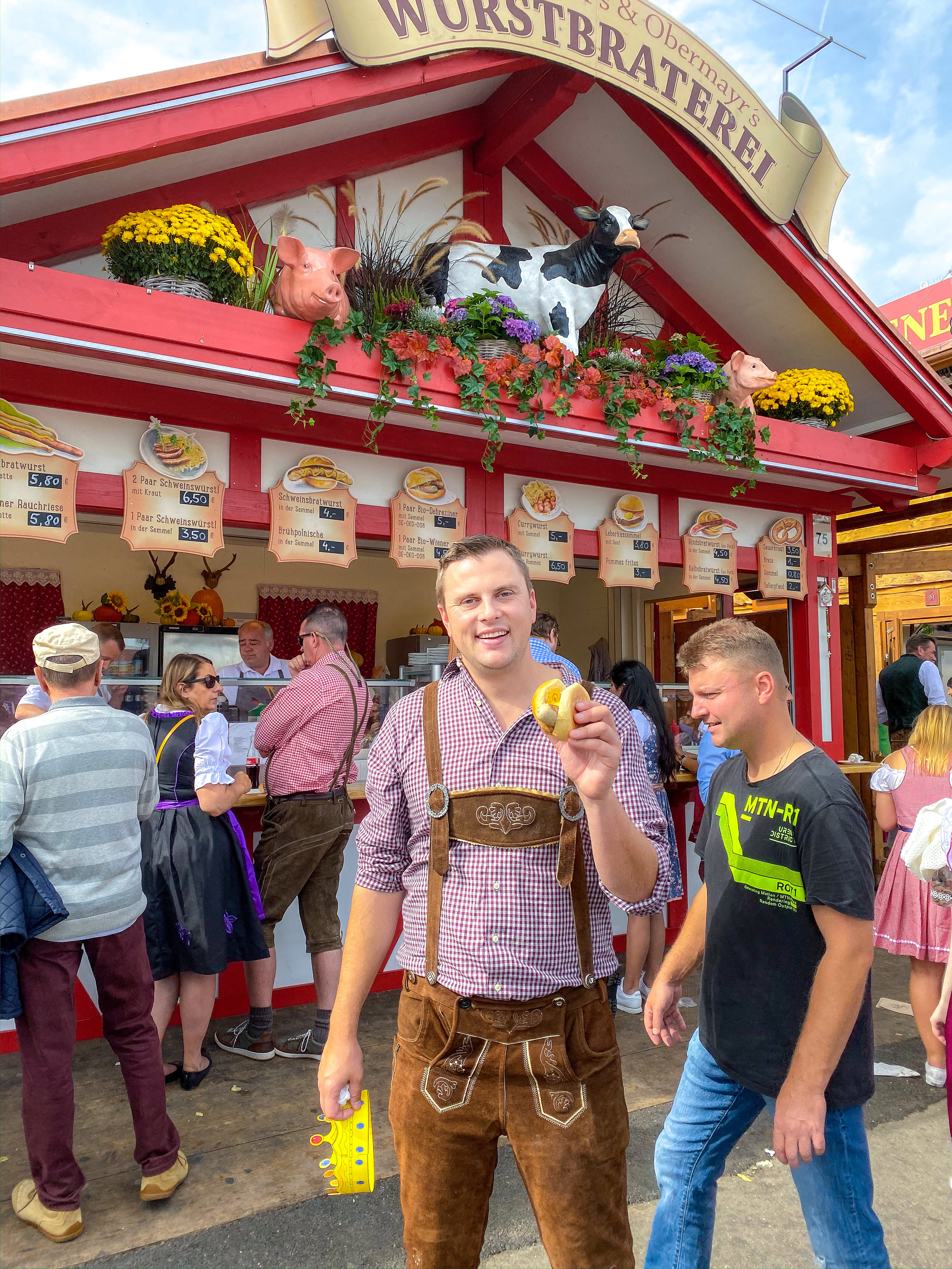 What Should you Wear to Oktoberfest?

Traditional German attire is encouraged! When Karen visited Oktoberfest eight years ago with her family, they didn’t dress in the traditional dirndl and lederhosen. They felt so out of place! Whether you are a local of a tourist, order a dirndl or a pair of lederhosen ahead of time or opt to buy one before the festival in one of the many dress shops across Munich. 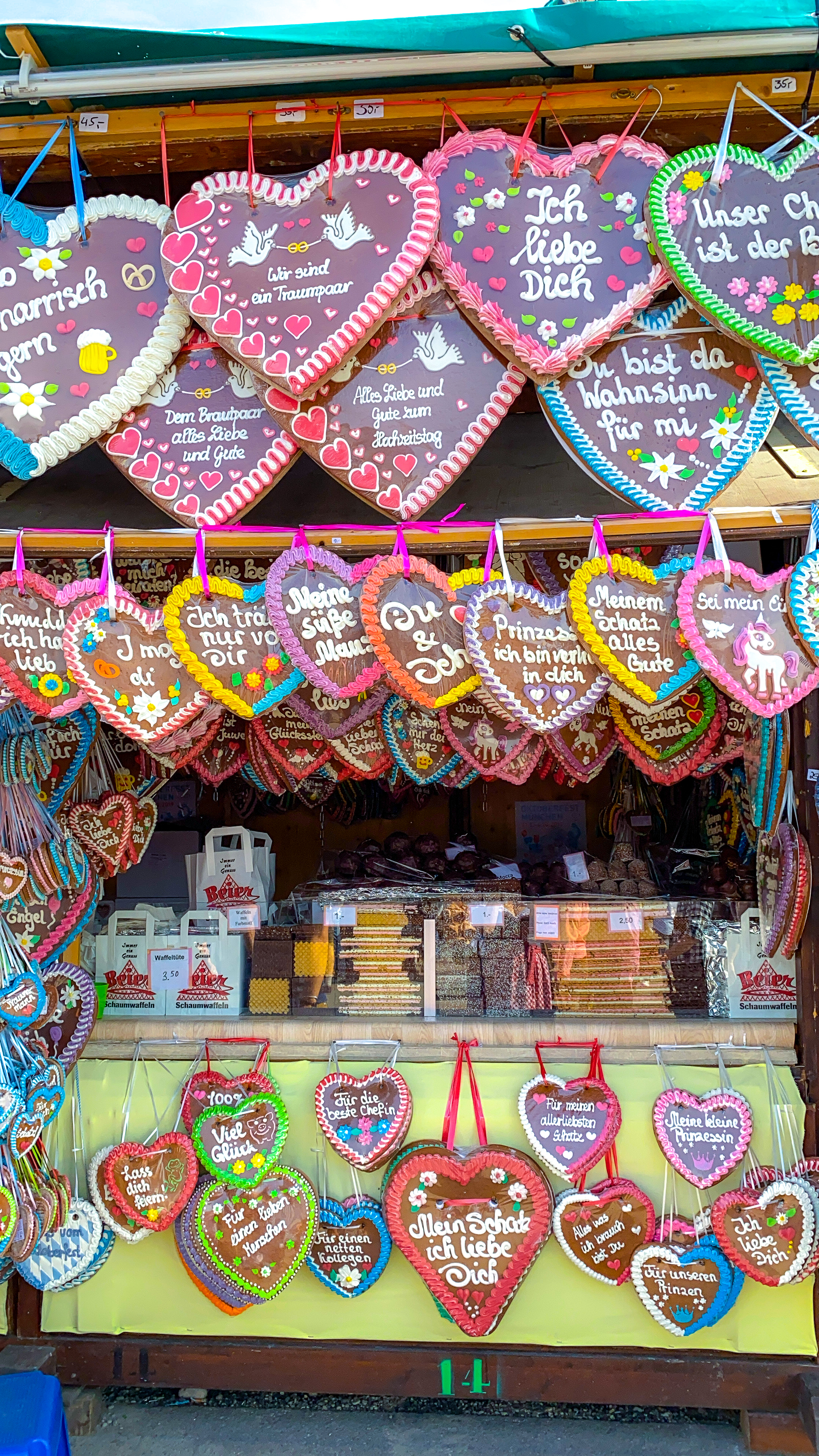 You’ll find adorable stands of German gingerbread cookie necklaces decorated with German sentiments all across the festival grounds. Tradition has it that men would buy these for women they were pining after. The larger the cookie, the more they love them.

You can choose from a number of flirtatious compliments, get a general “Oktoberfest” design, or create your own message. The personalized cookies are more heartfelt, but beware, the frosting takes 24 hours to fully harden and is easily smooshed! 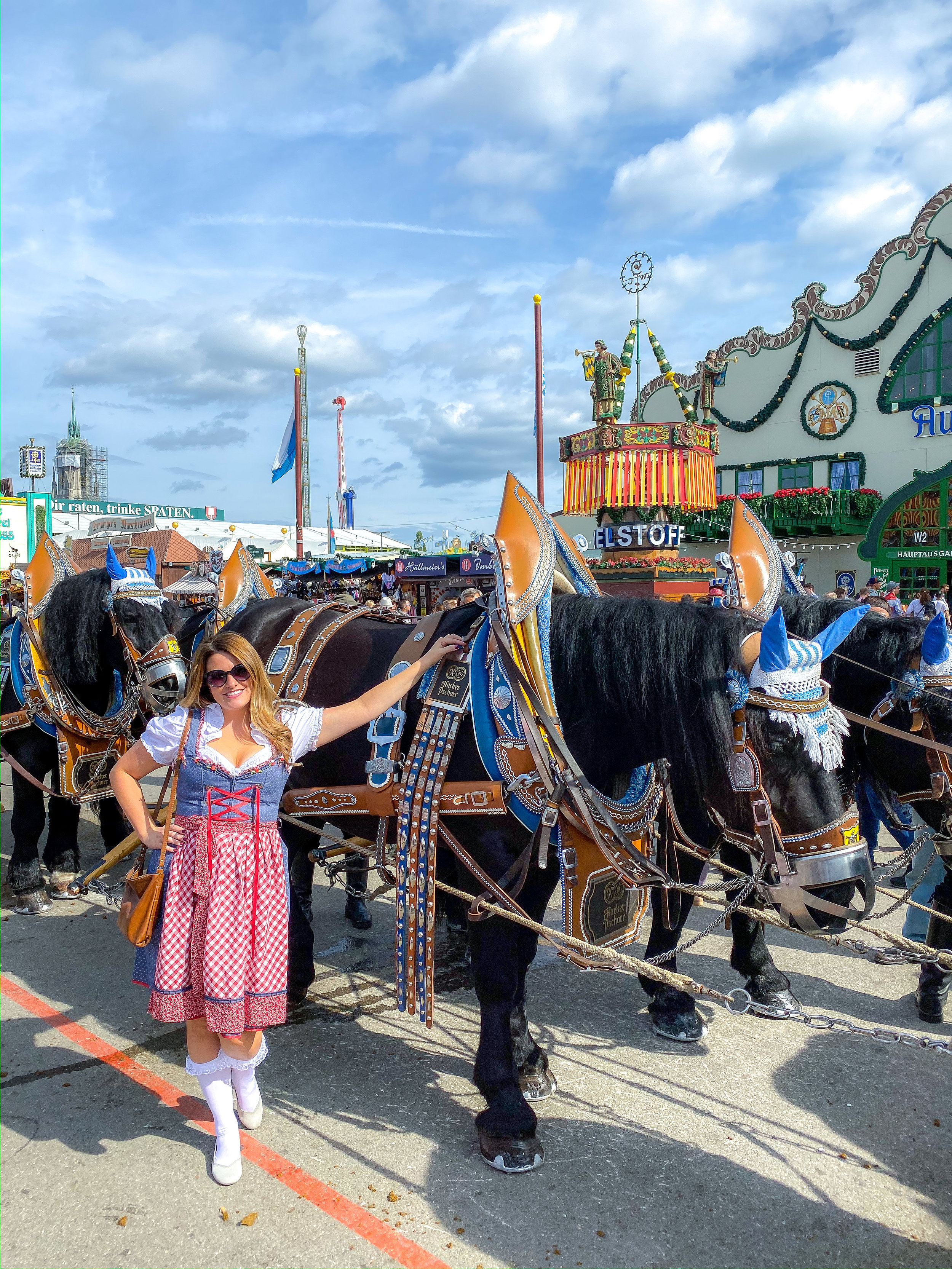 How to Get to Oktoberfest?

Many roads are closed around the festival grounds. We were initially planning on using Ubers to get to and from the festival and it was much harder ordering a car as a result of the high demand. Perhaps horseback COULD be an option…

The way to go is the train, no doubt. Take the Munich train station to Oktoberfest. For 2.90 Euros you’ll secure a one-way ticket to head near the Theresienwiese. Once you exit the train station, you’ll see plenty of signage guiding you to the festival grounds. 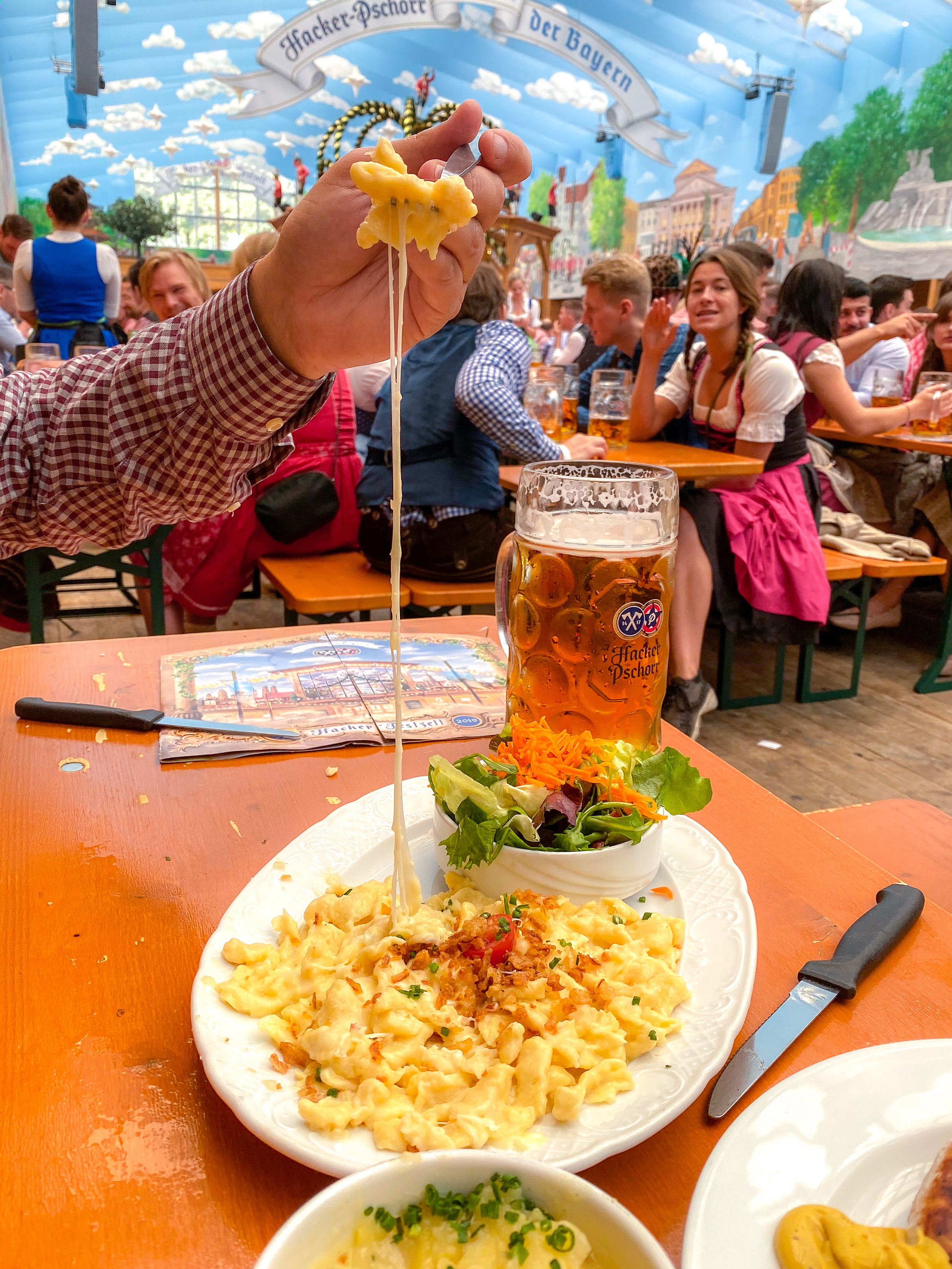 What to Eat at Oktoberfest

There are a number of dining options at the festival. You can order off of the menu at your beer tent for full entrees.

If you’re looking for a snack, purchase a pretzel or pastry from the ladies selling them up and down the aisles of the beer tent.

If you choose to leave your tent, it’s best to do so in shifts. If your party leaves the table, your seat will likely promptly get taken, and no seat = no beer!

A number of street snacks are available outside of the beer tents, like brats, fish, and roasted nuts. 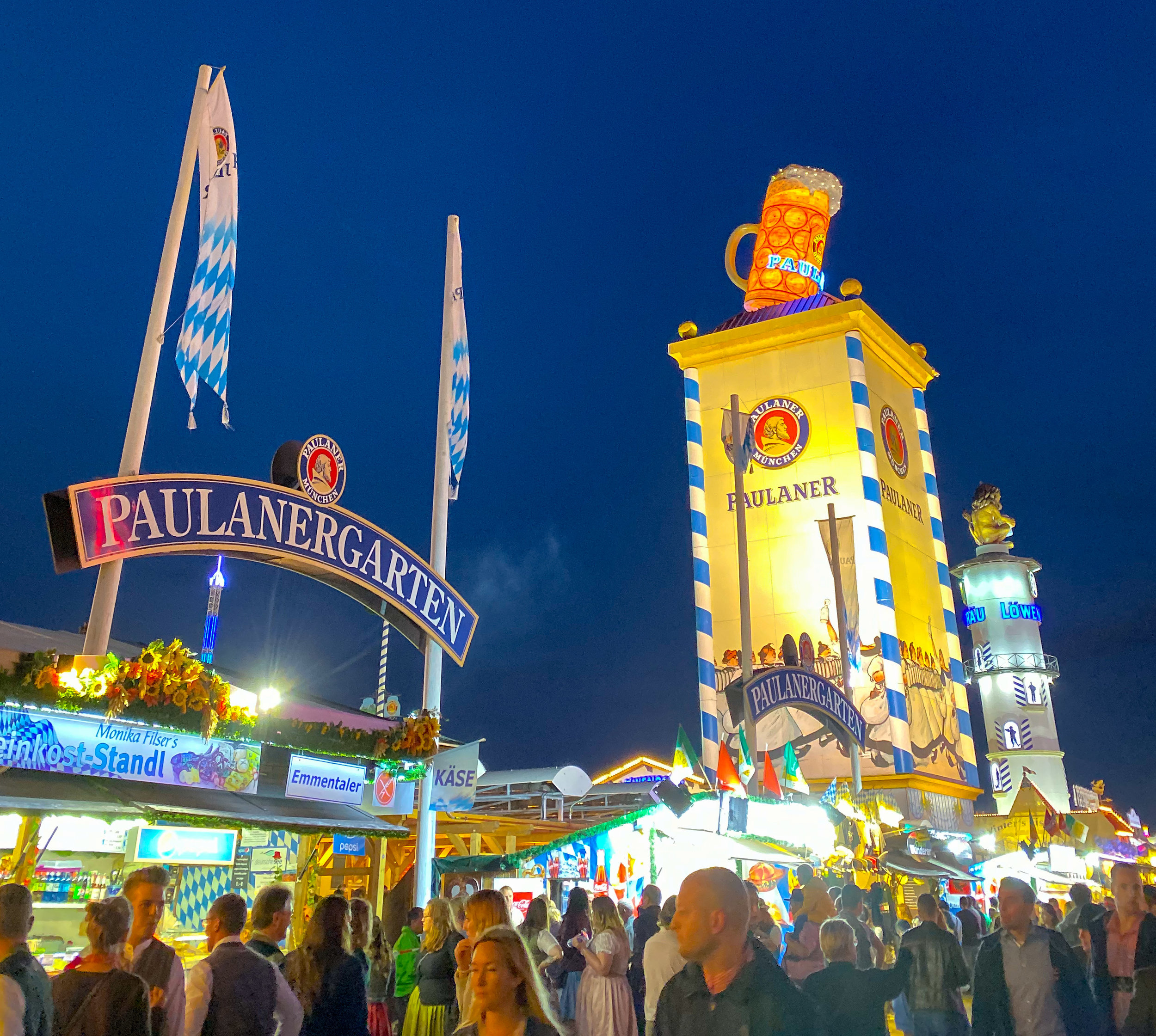 Karen has attended two Oktoberfest Festivals and someone has gotten lost each time (lookin’ at you, dad!) Pick a central spot to meet in the case someone gets separated, because after a few liters of German beer, it’s bound to happen eventually!

Oktoberfest is one of the most unique celebrations from around the world, we know these tips will help to ensure you have a successful festival! 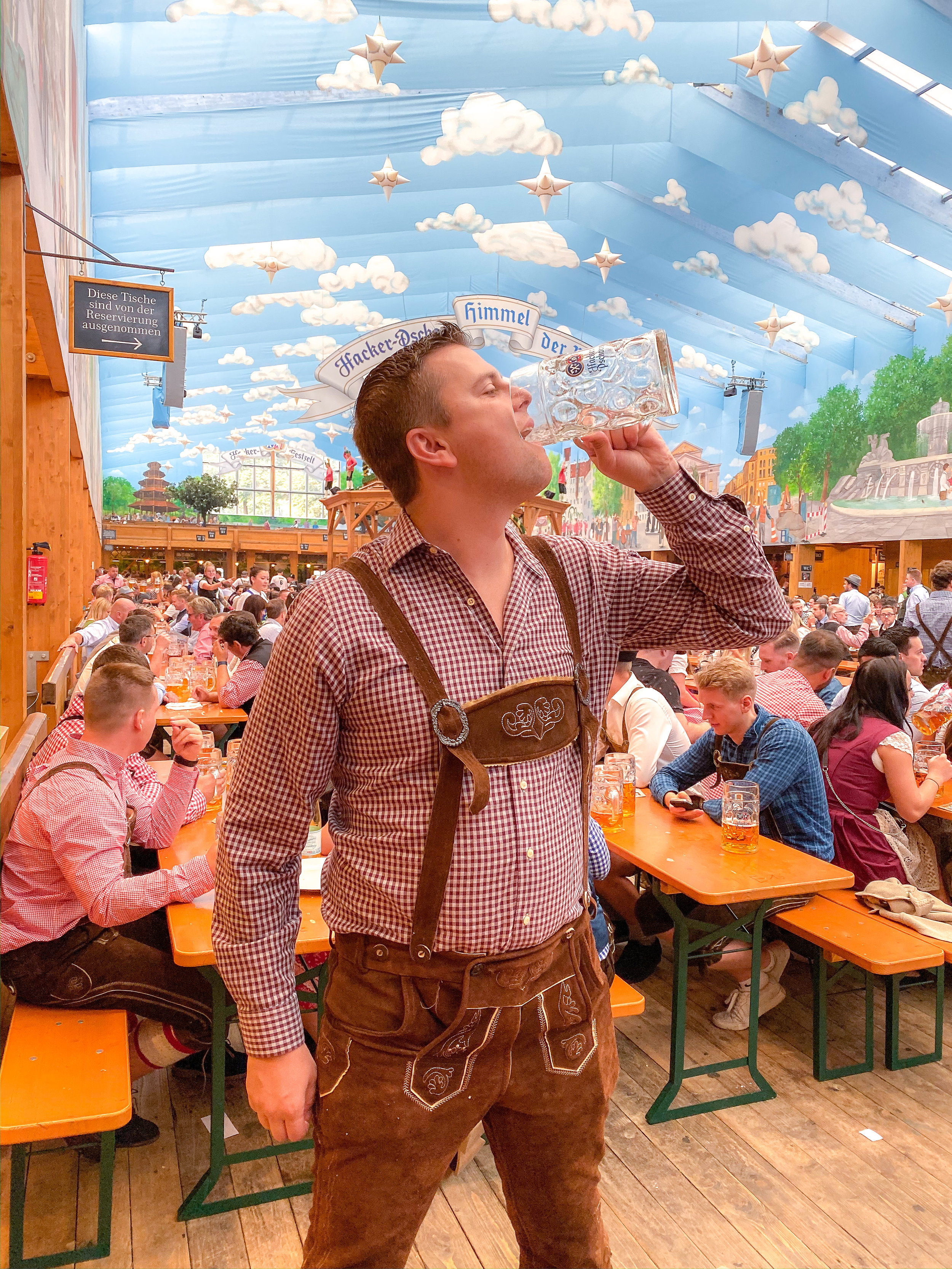 The Top Ten Things to Do in Cape Town, South Africa

The Coolest Bars in Sydney, Australia