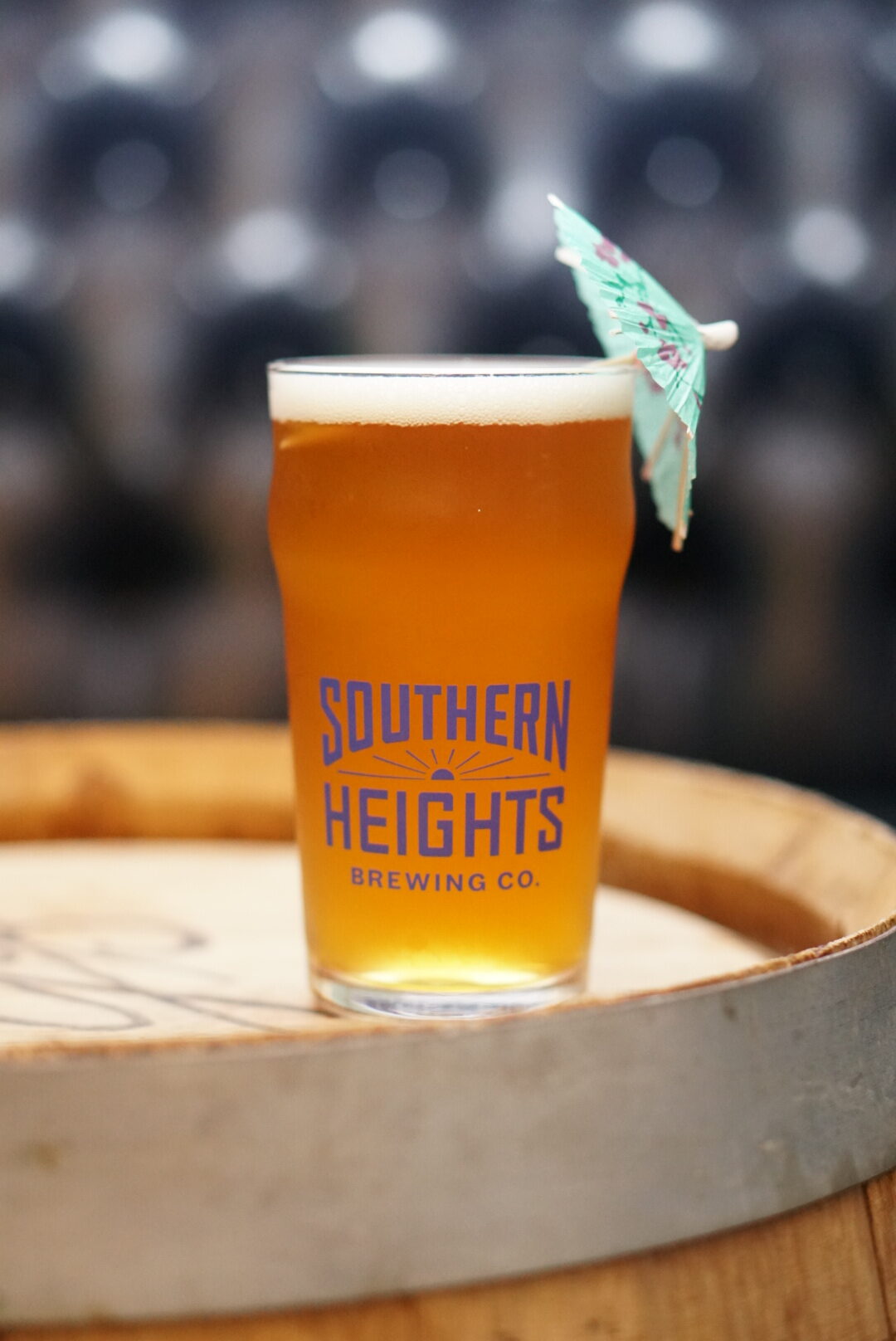 Austin has a TON of breweries, and through in-depth drinking research we’ve compiled our official best Austin breweries 2022 list.

Austin breweries with food also always rank higher with us, and practically all of these breweries either have a permanent food truck/restaurant or they have a rotating food truck calendar.

The list below is in no particular order, and all of the breweries are amazing and tasty in their own way, now who’s thirsty?

Southern Heights came highly recommended from the community, and we’ve been a fan ever since.

What is unique about their beer menu is that half of their menu is dedicated to different IPA’s, from strong IPA’s for the IPA fans, to lighter IPA’s with a summer tropical essence for non-IPA lovers, like ourselves.

We recommend the Tiny Umbrella IPA that even comes with, you guessed it, an adorable tiny umbrella.

Outside of their IPA selection, one of our favorites was “Where’s my Flannel” Pub Ale which unlike the name was completely suitable for the sweltering Texas heat, and one of our new favorite Austin beers.

The best brewery in Georgetown, Texas (aka north Austin) is Strange Land Brewery and Rentsch Brewery.

Strange Land Brewery has always been one of our favorites, and they closed their Westlake location and moved into the same brewery with Rentsch.

SLB and Rentsch both specializes in easy-drinking old world beers. Even their IPA is the easiest drinking IPA we’ve ever had!

Our favorite beers are the Texas Lager, the Austinite Pilz, and the Hefeweizen.

The brewery tap room is open Wednesday through Sunday, so if you’re in the area you’d be making a big mistake if you don’t stop in for a cold one.

Hi Sign Brewing is our favorite new brewing for 2022!

The brewery is located on the east side, in the Govalle area which is quickly becoming a new favorite part of Austin to grab a drink.

We like Hi Sign because the brewery itself has a premium craft beer vibe, and their beers are easy drinkers no matter how hot it gets in Austin. The most noteworthy beer, the Violet, is our official beer of summer. The Violet is a blueberry fruited blond ale, and it has a good balance fruit to ale flavor that you could drink all day.

Our favorite beers to order are Violet, El Berto, and their Pink Guava Kettle Sour (and we aren’t even fans of 99% of sour beers).

St. Elmo Brewing Company is one of the breweries we frequent most because we love “brewery” hopping at the St. Elmo Yard.

At St. Elmo you can find a good mix of mainstay classics, like the easy-drinking kolsch, that are always on the menu, to a long list of ever-changing creative taps from custom double IPA’s to a pineapple pale ale.

Their current food truck is Spicy Boys Fried Chicken which is a spicy chicken sandwich shop that has some Thai food twists and sides. The chicken is tasty, and we’re also fans of their roti sides.

Independence Brewery is the second oldest brewery in town, only being surpassed by Live Oak Brewery (which is also on this list).

For the longest time, we always liked their classics, Power & Light Pale Ale and Austin Amber, and ordered them frequently, but they were never our all-time favorite in any category.

That all changed recently with their Native Texan Pilsner. It was released a few weeks ago and it is absolutely perfect for beating the sweltering Texas heat.

The Native Texan is a smooth, easy drinker (almost too easy), but you still experience craft beer taste so you know you’re drinking a quality beverage.

Live Oak Brewing Company is the oldest brewery in Austin (since 1997) and probably the first craft beer that both of us tried upon moving to Austin because we are both huge Hefeweizen and German beer fans.

Overall, Live Oak makes all of their beers using old world methods with the main focus on German beers. Karen’s parents are such German beer fans we take family trips to Octoberfest.

Most of their beers are low on the IBU scale (the bitterness scale for beers), so they’re easy drinking and low on the hops.

They’re far and away the most famous for their Hefeweizen because it was rated as one of the best in the world and we agree!

It doesn’t even need an orange or lemon on top and it has a unique hefe flavor profile of banana and cloves.

The brewery itself has a large beer garden style outdoor space perfect for big groups and is close to the airport in the case you need a quick pint before heading out of town. They also have a disc golf course if you want to add some activity to your drinking.

The biggest twist in our list is Texas Sake, Austin’s only sake brewery in the up-and-coming St. Elmo district.

Texas Sake is a normal hang for us because their sake is delicious, and they have options for anyone from classic sake, to sake cocktails, to sparkling sake which is their take on the growing hard seltzer trend taking over America.

They also offer Greenbelt Kombucha for anyone that doesn’t want to drink which the Texas Sake team also brews at a different facility.

Our favorite classic sake is unfiltered creamy junmai, but we highly recommend you start by going through a full tasting to experience a unique line-up of America’s best sake.

Outside of the sake, their food truck Texas Sushiko is easily one of the best sushi restaurants in all of Austin.

Lazarus Brewing Company is located on East 6th street across from Whistler’s Bar (one of our favorite cocktail bars in town).

It is a small little tap room brewery that was started by a pastor that knew his stuff when it came to beer.

Their selections rotate a ton, but a beer varietal that gets new iterations all the time is their French Saison. It’s always full of flavor and refreshing.

Outside of the breweries cool beginnings, their beer is bar far the best on the eastside, it’s great for groups, and their queso is the best in all of Austin.  We repeat – if you go to Lazarus you have to order their queso!

Who said only beer would be on this Austin brewery list?!?!

Outside of breweries, Austin is quickly growing their cidery scene and none is more famous than Austin Eastciders.

They can their Austin ciders in a separate location, but their collaboratory is a special taproom open to the public.

Located in the Springdale area, you can try special ciders made just for that location.  Currently, for the summer they offer a frozen slushie cider and barrel-aged ciders that you can’t miss.

There are so many great breweries in Austin, and there’s no better time than the present to drink local because small craft Austin breweries need our help!

Let us know if we’re missing your favorite Austin brewery, because we’re always ready for our next cold one. 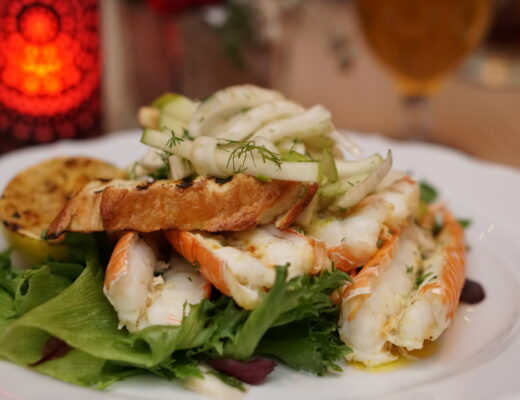 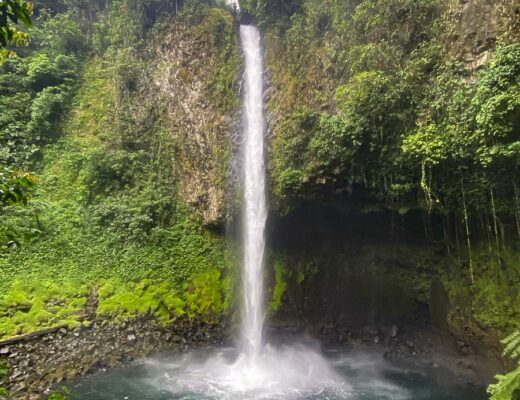 The Best Things to do in Costa Rica 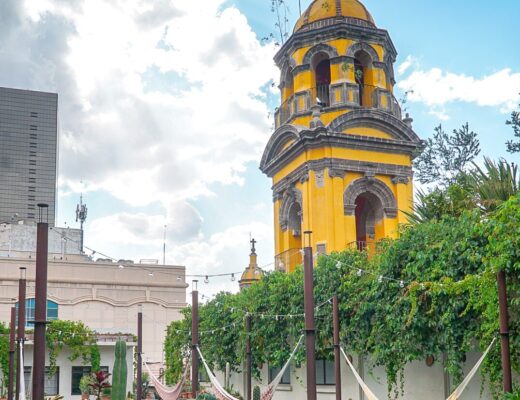